80% of urban residents in the world breathe polluted air 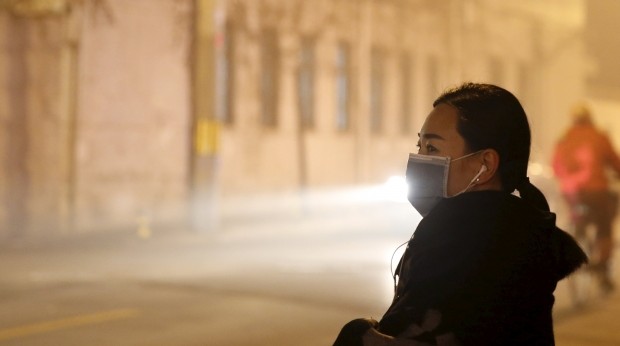 Over 80% of people living in urban areas, where the established system of control over the quality of the air environment, are forced to breathe the air, the content of harmful substances which exceed limit values established by the world health organization (who).

This is stated in a report published on the who website. It is noted that while this problem exists in all regions of the world, still the most powerful effects of polluted air are exposed to the city’s low income levels.

According to recent reports, 98% of cities with the population over 100 thousand people in low-and middle-income, air quality does not meet the requirements developed by the who. At the same time, in countries with high income the share of such cities is reduced to 56%, noted in the organization.

Over the past two years who database on air quality, which currently covers three thousand cities in 103 countries, has almost doubled. The data obtained allow us to conclude the negative impact of pollution on human health – thus, it is established that in connection with a reduction in air quality increases the risk of stroke, heart disease, lung cancer, chronic and acute respiratory diseases, including asthma, in people who live in cities.

After some investigation, who found that from 2008 to 2013, the degree of air pollution in cities around the world increased by 8%, only in some regions recorded improvement in this indicator, the report said.

In General, the intensity of urban air pollution low in countries with high incomes, mainly in Europe, the Americas and the Western Pacific ocean.

The highest rates of air pollution are observed in countries with low and middle income regions of the Eastern Mediterranean and South-East Asia. In these regions, annual average levels are often 5-10 times higher than the limit values set by who.

In Africa, data about the pollution of urban air vary depending on the region, however, from the analysis it follows that the content of the dispersed substances exceeds the average values.

The Director of the Department of public health Maria Neira of who stated that the level of urban air pollution continues to rise at a pace that can not but cause concern and have a damaging effect on people’s health. At the same time, she said, increased awareness of people and the monitoring of air quality is conducted in a growing number of cities. In the end, she said, at increasing the quality of air decreases the prevalence of respiratory and cardiovascular diseases at a global level.

The measures proposed by the who to solve

More than half of the cities in which such control is performed, in countries with high income and more than one third of cities in low and middle income reduced indicators of air pollution in five years, more than 5%.

Who offers to take such measures as the reduction of emissions from industrial chimneys, increased use of renewable energy sources, such as solar and wind, the priority development of rapid transit systems, encouraging the practice of walking and the development of networks of cycle paths.

The organization emphasized the importance of improving urban air quality, noting that in the end reduced the cost of treating diseases caused by this problem, and increases the productivity of employees, increases life expectancy, the report notes.

At the world health Assembly, 23-28 may, member States will discuss the roadmap to strengthen global responses to the adverse effects of air pollution on human health, emphasized in the who.