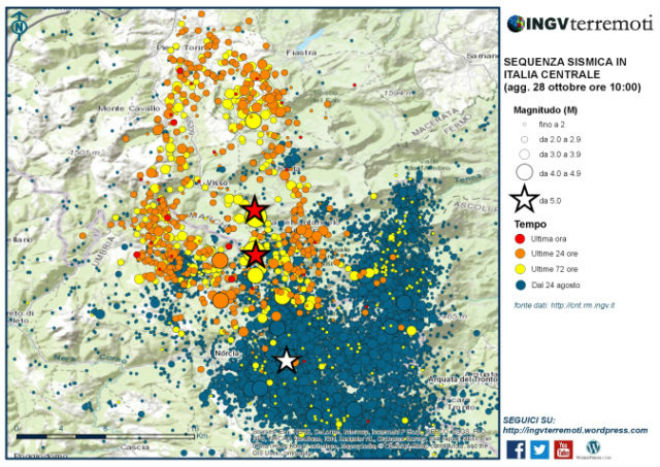 After a powerful earthquake on 26 October on the border between Marche and Umbria national seismic network of Italy has registered more than 900 seismic events. More than 80 of them had a magnitude in the range from 3 to 4.5.

As for the total number of aftershocks in Central Italy from August 24, 2016, there were more than 19 000 events in the area, which extends more than 60 kilometers along the chain of the Apennines. Around 330 of them had a magnitude in the range between 3 and 4.2.

Two powerful earthquake in the Central Italian province of Macerata in the evening of 26 October, destroyed many historic buildings and numerous dwellings. 73-year-old man died of a heart attack, probably caused by the earthquake, and 8 people were injured. Without a roof over the head remained at least 4 thousand local residents. 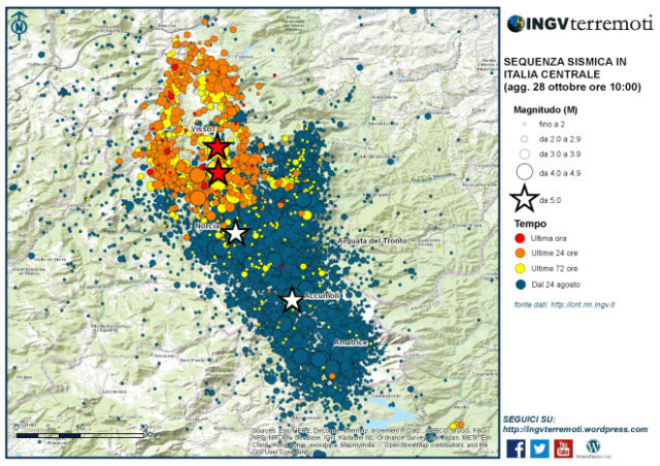 Recall, an earthquake of magnitude 6.0 “occurred” on August 24 at 03:36 local time, still the centre of Italy, continue to “shake” the weaker the earthquake, the aftershocks. The number of deaths of people in the aftermath of the deadly earthquake was 298 people.