Something strange is happening in Antarctica 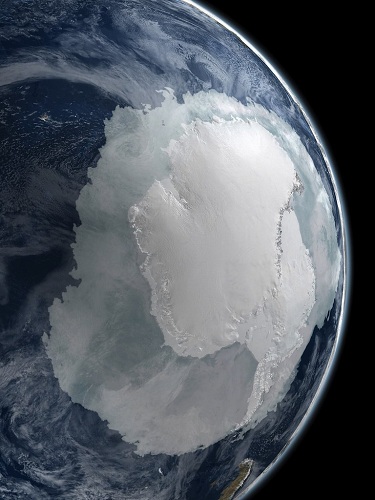 Scientists are watching closely what is happening over the earth’s south pole and talking. that, most likely, all this is just the “tip of the iceberg” and the anomalies continue to grow.

Noctilucent clouds (NLC) over the South Pole are completely absent. 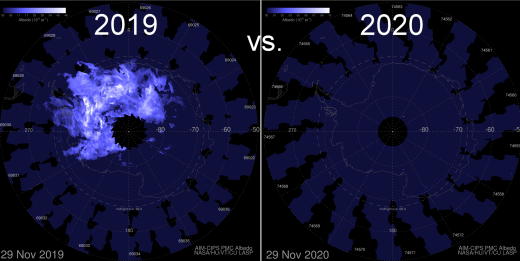 “We usually see the first NLCs of the southern season around November 21,” says Cora Randall of the University of Colorado’s Laboratory of Atmospheric and Space Physics (LASP). “But this year is already December, and they are not yet.”

The absence of NLC is just one part of the strange weather anomalies currently observed at the southern tip of our planet:

1) The ozone hole in the south of the Earth is not only open, but it is also the largest that ever existed in December.

2) The air over Antarctica is currently at a record cold level for this time of year – the result of an icy polar vortex that refuses to collapse.

3) In the stratosphere, east-west winds at 60 degrees south latitude are blowing at a record speed. From top to bottom, the Antarctic atmosphere is in an unusual state.

Current conditions are circled in yellow. The ozone hole (left) and stratospheric winds (right) set records for this time of year.

“Based on trends, I would say noctilucent clouds may not appear until mid-December, which is pretty unusual,” Harvey says.

NLC are the highest clouds on Earth. They form when warm plumes of water vapor rise from the poles to the edge of space. The water crystallizing around meteoric dust grains 83 km above the Earth’s surface creates beautiful electrical blue structures that are usually visible from November to February in the south and from May to August in the north. Their appearance over Antarctica in 2020 is seriously late.

At the moment, no one knows what is the reason for everything that happens at the south pole of our planet.