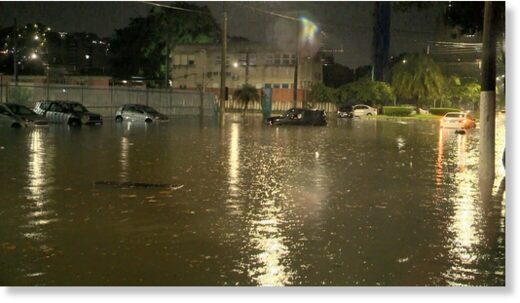 The storm in Espiritu Santo, Brazil, killed 1 person and damaged homes and hospitals.

At least one person has died in stormy weather in the state of Espirito Santo in southeastern Brazil over the past few days.

The media reported more than 11,000 lightning strikes across the state during the storm on March 7, 2021. According to the State Civil Defense, one person was killed by a lightning strike in Corregu San Jose de Pancas.