A flash on the sun can destroy humanity 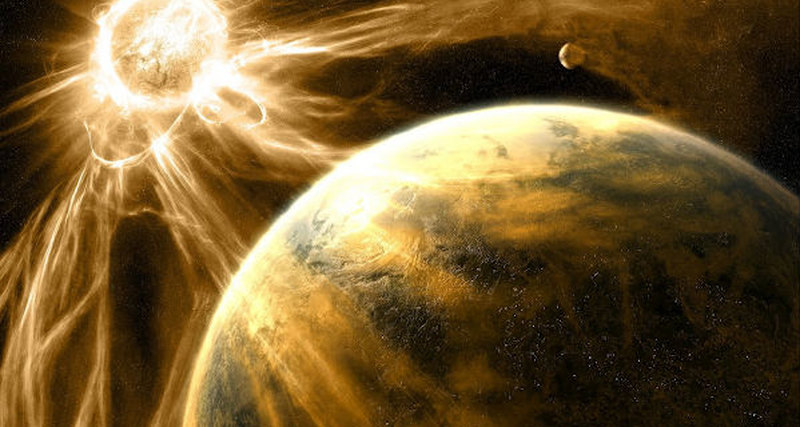 On compensation of damage, which will cause our satellites and ground electronics very powerful flash on the Sun, decades will pass, experts believe. The last time our star provoked a really serious geomagnetic storm a little over 150 years ago; then it did not do much harm, but in the modern world would have turned into a catastrophe.

The most powerful flash in the history of observations on the Sun occurred 159 years ago; to a part, then humanity did not yet have any satellites or terrestrial radio electronics, which radiation could disable. In the English-language literature this incident is called the “event of Kerrington,” according to the British name of the scientist who described it, or “a solar superstorm”, in Russian-speaking sources this is simply called the geomagnetic storm of 1859.

In these two days, there was a huge coronal ejection of matter, which provoked perturbation of the Earth’s magnetosphere; northern auroras were observed where they usually do not exist, the telegraph refused – the equipment flew from the equipment, and the operators were beating current; several fires began. Few cars that worked then from electricity, continued to work even after turning off the chain.

If such a geomagnetic storm happened today, the consequences would be noticed by many more people. To judge how chaotic the outbreak threatens the modern world, comparable in power to the Kerrington event, to some extent allow data on what was happening in March 1989, when there was another, though weaker, flash of solar activity. In Canada, without electricity, there are six million people left; the radio did not work.

Nowadays, a powerful coronal ejection will result in the shutdown of satellites and satellite communications, the failure of systems that rely on satellite data; there will be no GPS, mobile communications, there will be big problems with the Internet. The astronauts on the ISS will remain unconnected with the Earth, and those who, at a time when charged particles strike the station, will be in outer space, and will at all end up under the threat of death from radiation.

According to experts, only the loss of operating satellites will cost the world economy 30-70 billion dollars, the total losses can reach up to 2 trillion dollars, and the damage will take years.