A forest fire is raging in Nevada, USA 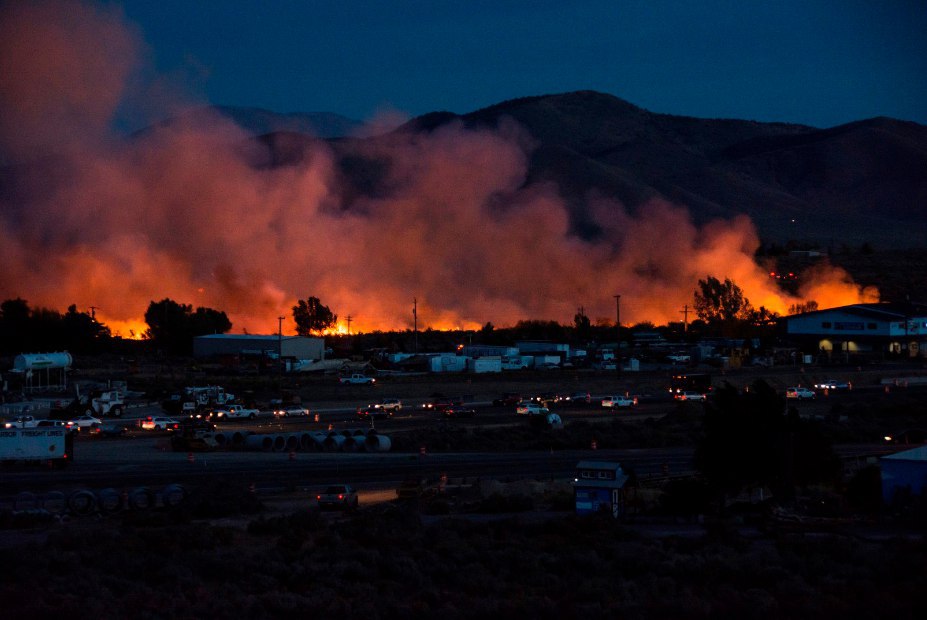 Forest fire raging in the Northern part of the U.S. state of Nevada, destroyed 22 homes and 17 outbuildings and forced 500 families to leave their homes.

Governor of Nevada Brian Sandoval declared a state of emergency as hundreds of homes in Washoe County are at risk. Major fire fight for about 500 firefighters. Information about serious injuries have been reported yet, it is only known that four firefighters were poisoned by smoke.

On Friday evening the fire, which had destroyed about 800 hectares of forest, out of control. About 10 thousand people were left without electricity. Local authorities were forced to close schools and roads. For evacuees in Reno and Carson city are organized asylum.

Fighting fire, which broke out Friday morning at 12 km North from Carson city, let the strong wind gusts that reached 160 km/h. in addition, the district only recently began to recover after five years of drought. The cause of the fire becomes clear.