A growing number of devastating storms are forming around the world. 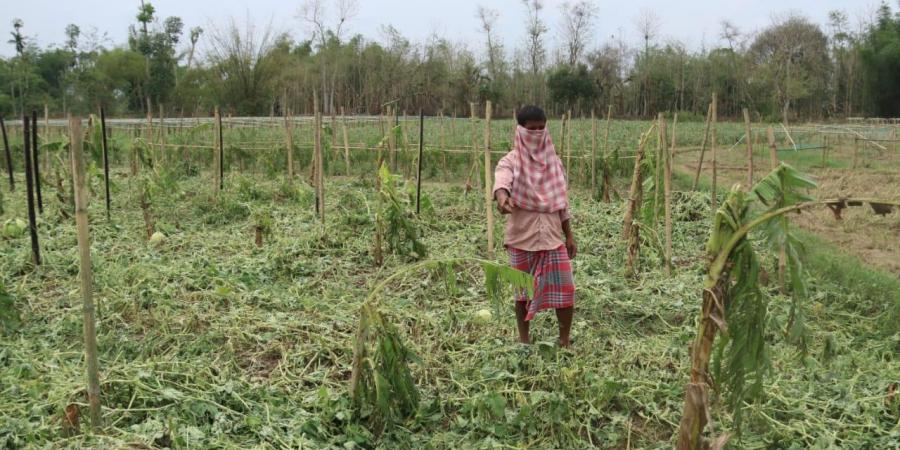 Crops, houses and cars damaged or destroyed; people are left homeless. The global crisis is getting deeper every day.

In the cities of Bossier and Caddo, a hail the size of a baseball has been recorded, which damaged houses and cars.

Hail the size of tennis balls and softballs. WOW! These were taken in Bossier City, LA. Glad everyone is safe. pic.twitter.com/q8H8I8qm4w

Crazy hail damage from last nights storms in North Bossier. One family I spoke to kept some of the hail in their freezer (they say some of the hail conglomerated together). @KSLAWeather @KSLA pic.twitter.com/ck6cBIPg63

Rainfall with hail left 4200 people homeless in India. More than 4,200 people were left homeless in three districts of Tripura, India, after more than 5,500 houses were damaged or destroyed (200) by an apocalyptic hail shower April 22, 2020.

The central desert of Saudi Arabia is covered with hail. On April 21, hailstorm swept through Al Qasim in central Saudi Arabia and surrounding areas.

Crop destroyed in Mundi and Kullu, India. More than 23,500 farmers in the fruit belt of Shimla, Mandi and Kullu lost about 13,908 metric tons of the crop due to recent hail rains.

Hail, rain, and storms destroyed a fruit crop of 6,817 hectares in Shimla, 2,549 hectares in Mandi, and 1,852 hectares in the Kullu area earlier this week.

Heavy hailstorms and 180,000 lightning strikes Queensland, Australia. Part of Queensland was struck by severe storms, with a giant hail sweeping the Capricorn region on April 19, 2020.

More than 180,000 lightning strikes were recorded within a radius of 100 km from Rockhampton, with over 5,000 ground strikes.

The family had a decent hailstorm hit the farm earlier today- bit of damage to solar panels, some fruit knocked off trees and young trees blown away- so they did the only rational thing and use the hail in their rum and coke tonight as revenge pic.twitter.com/qnTZ9w5IGz

The strong city of Guizhou, China. The thunderstorm brought strong wind and hail through the county to Guizhou, China, resulting in property damage and a power outage on April 19.