A growing number of flood victims in Texas 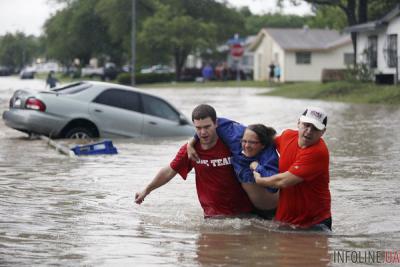 The number of victims of floods caused by a powerful storm in Texas, has risen to four, two more unaccounted for.

According to him, the bodies of two men were discovered in cars that have blown off the track by streams of water in the County of Washington. Previously, these people cislis missing. The deaths of two more people in similar circumstances was confirmed on may 27.

In the County of Travis day already looking for two residents who went missing in the suburbs of Austin.

Over the past two days heavy rains in the Central U.S. led to massive flooding. Due to bad weather conditions formed several tornadoes that caused damage to hundreds of homes in the States of Texas and Kansas, and has also led to massive power outages.

The most serious situation in Texas, where in one district dropped more than 400 mm of precipitation. In several communities in the state that were most affected by the disaster, declared the evacuation.