A growing number of victims of tornadoes in China 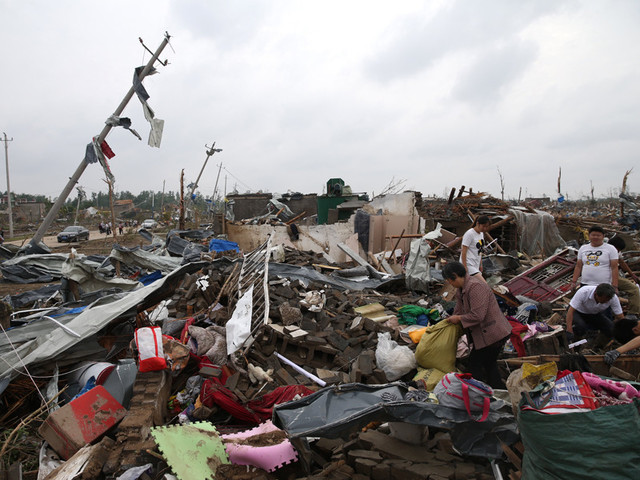 In China to 98 increase in the number of victims of the tornado in Jiangsu province in the East of the country, about 800 people were injured.

A tornado with hail fell in some areas, Yancheng city, Jiangsu province on Thursday. Search and rescue operation is not over yet, therefore the authorities fear that the number of victims will increase. In some localities power supply is broken.

The storm hit some areas of Jiangsu province the strongest downpours and hail on 23 June in the afternoon. According to witnesses, the wind overturned cars, snapped trees and tore roofs of houses. As reported TASS, the authorities sent to the affected areas of humanitarian assistance, including about a thousand tents and 2 thousand beds. According to local media reports, the storm also destroyed two of the plant.

According to meteorologists, the speed of wind gusts in some areas reached 35 m/s. the Current hurricane in the city’s Yancheng became the most powerful since 1966.