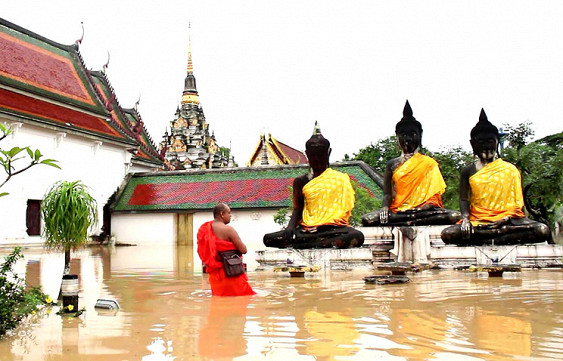 Part of the busy streets of Bangkok this morning was under water because of a heavy rain that lasted throughout the night. Water rose above the ground by 40-50 cm.

The flooding of the roadway caused the strongest traffic congestion. Several metropolitan schools announced that they will not be able to open their doors to students. According to the Meteorological Bureau of Thailand, rainy weather has been established in Bangkok, as well as in the north-east and in the central part of the country for the next few days.

According to weather forecasters, torrential rains are expected until Sunday in the territory of 10 of the 77 provinces of Thailand.