A heavy downpour flooded the eagle 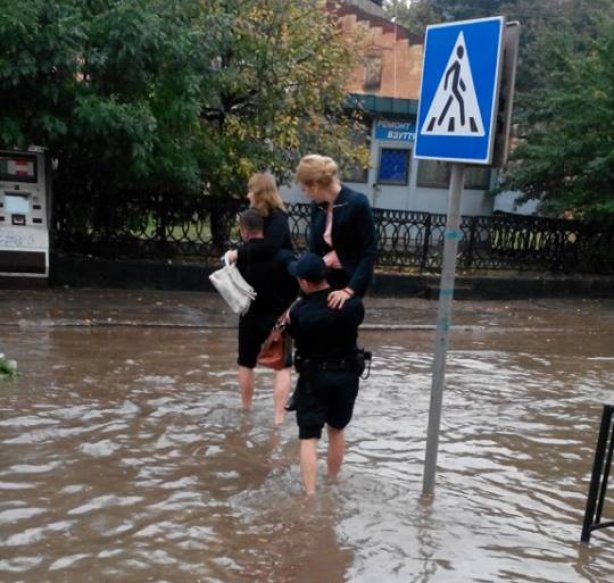 Sudden rain has caused the city to flood. The Central streets of eagle were flooded. This situation takes place in the city each time in a strong downpour. Roads are under water due to the fact that the storm drainage clogged. At Orlovschine the shower for a few minutes flooded the city streets.

Motorists complained that a huge puddle appeared on the main roads of the city. You go in the middle of the eagle it was impossible and pedestrians. On the sidewalks of the water was almost knee-deep. Half flooded parked cars. The orlovskih streets flooding occurred due to the fact that the storm sewers clogged with garbage and junk. And the utility in time it is not cleared. This problem occurs every time the city is heavy rain. Officials constantly report on what channels around the city are cleaned consistently. But when you shower the city is again under water.