A heavy downpour flooded the streets of London 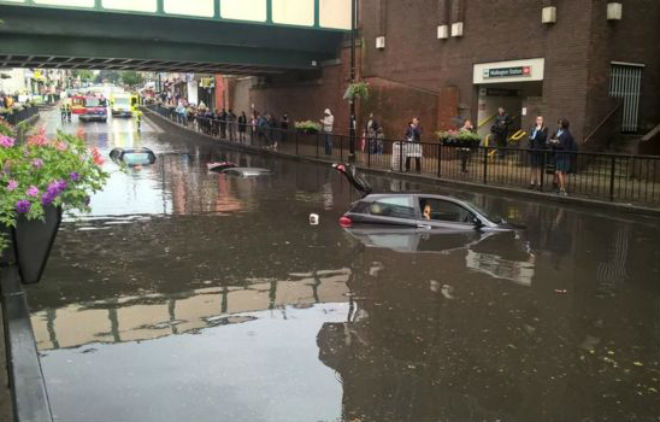 After heavy rain in South-East London, disappeared under the water. Three cars were flooded on the roof, two drivers were able to get out of the cars, another needed the help of rescuers.

According to local meteorologists, in just one hour the city was struck by 3.5 cm of rain, while the norm for all of June is considered to 4.9 inches of rain. Flash floods engulfed the borough of Croydon, Wallington and Mitcham. The level of flood water on some roads was about two meters.

Several buildings, trees, billboards and telephone poles were damaged from lightning strikes. Just half an hour to rescuers about a hundred emergency calls.

In addition, in the city of Lisburn in Northern Ireland from a lightning strike injured three people, two of them are in critical condition. Due to heavy rains the water was the Central part of the town of Dunstable.