A heavy downpour flooded the town of Cholpon-ATA in Kyrgyzstan 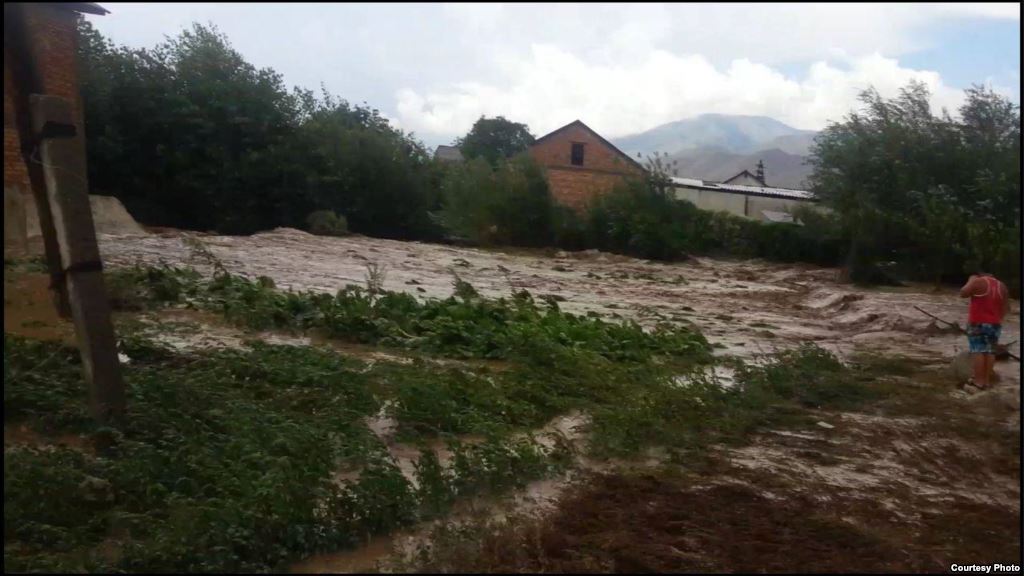 Heavy rain and hail flooded the center of Cholpon-ATA in Issyk-Kul. As reported in the press service of the emergencies Ministry, the debris was flooded and partially water 70 houses.

According to the city hall of the city of Cholpon-ATA, victims and strong destructions. The Plenipotentiary of the government in Issyk-Kul oblast Askhat Alibaev took under personal control the situation and demanded that the competent authorities every hour to report on the measures taken.

Currently, municipal staff and representatives of the MOE establish the exact extent of the damage. Deputy head of the emergency Nurbek Sydygaliev together with 20 rescuers went to Cholpon-ATA for elimination of consequences of debris flows. In the MOE noted that in 2010 was developed a project plan selectednode channel:

“The local authorities had to consider issues of deforestation, land allocation, to solve issues with sanitation, drinking water and power line that interfered with the work of engineering technicians. However, to this day these questions have not been resolved, and in this regard, the construction of selectednode channel has not been started”. The Agency has accused a natural developers private cottages and holiday houses built on the red line in the aggravation of the situation.