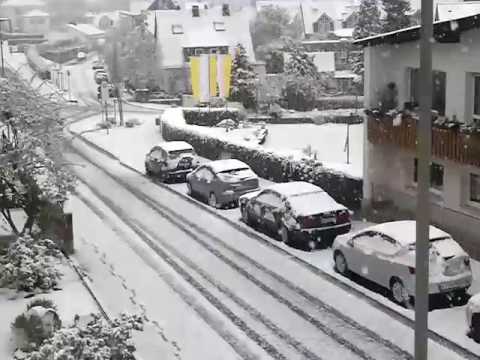 On Monday, a heavy snowfall hit North Rhine-Westphalia in Germany.

On the highway between the cities of Hagen and Olpe formed a 10-kilometer traffic jam.

Branches of trees, weighted with snow, became dangerous for passers-by, so rescuers were forced to “level.”

According to forecasts of meteorologists, the difficult weather conditions caused by the cyclones that have come from Scandinavia will remain at least until the end of the week.