A huge funnel swallowed up two houses in Florida 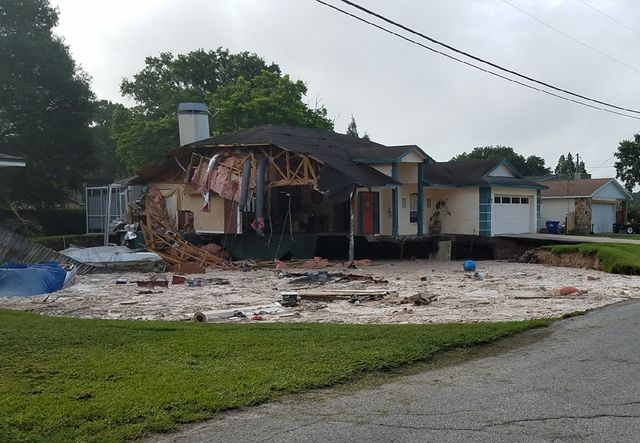 The authorities of Florida (USA) announced the evacuation of one of the districts of the city of Lend-o-Lakes after a huge karst crater opened up there. The crash occurred on Friday morning, at 8:30 local time. First, the “hole in the ground” had the size of a small pool, but then it began to grow dramatically and absorbed two houses. Fortunately, no one was hurt: there were no people inside the building, and rescuers managed to take away the pets.

The hole I actively growing. pic.twitter.com/EEzmrkHH6c

Seeing 2 homes are damaged due to this sinkhole from SkyFOX view overhead. pic.twitter.com/e4NmDqMPVw

At the time of writing this note, the funnel continues to increase in size, so residents of neighboring houses were asked to pick up their belongings and leave the buildings.

The home debris continues to move. Due to safety concerns we are assisting in checkpoints in the area to allow only residents through. pic.twitter.com/PPe81yVZIj

It is reported that as a result of the failure of the ground, a power failure occurred and about 100 houses are now de-energized.

According to the latest data, a karst crater appears in this place not for the first time. In 2012, the territory under the houses collapsed today was already “under the ground”. When the funnel of 2012 “stabilized”, in its place were built houses, which moved to new owners in 2015.