A huge hail fell upon China 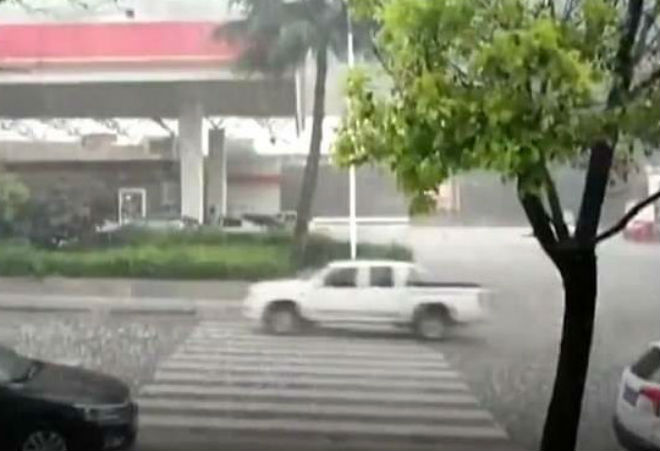 A huge hail fell on the county of Shannan City District of Shanlo in Shaanxi Province in northwest China.

The local meteorological office issued a warning of “amber” level about the storm and advised residents to stay indoors to avoid injury.

The storm lasted about 20 minutes. Local residents captured their mobile phones on video cameras, as huge hailstones broke windows of cars on the streets.

According to eyewitnesses, some of the hailstones were palm-sized. Presumably, the hail also caused damage to buildings and crops.