A huge iceberg frightened the inhabitants of Greenland 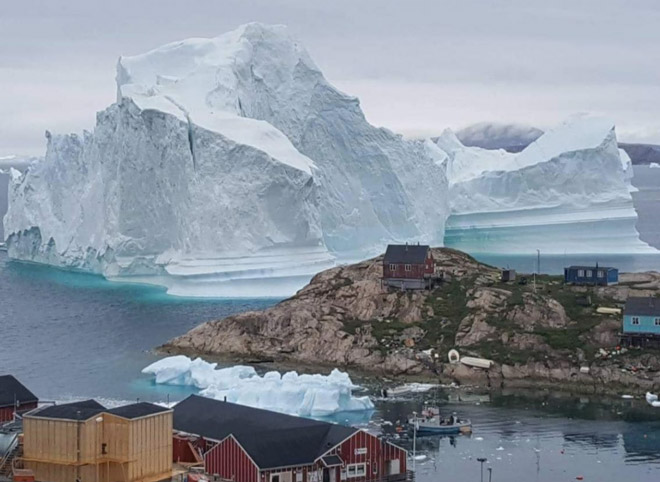 Iceberg the size of a hill drifts next to a tiny village on the west coast of Greenland. The population is concerned about the possible tsunami and flooding that will occur if the iceberg breaks free.

The iceberg rises above the houses on the cape of the village of Inaarsuit, but ran aground and did not move from place to night.

The dangerous zone, close to the coast, was evacuated, and people moved up the steep slope.

“We feel fear among the residents. We are used to big icebergs, but have not seen such a large one before, “says Suzanne Eliassen, a member of the council of the village of Inaarsuit.

The government and the police are in high alert, the search and rescue helicopter is moved closer to a remote village where about 170 people live.

Last summer, four people were killed when the waves flooded the settlement in the northwest of Greenland.