A huge landslide came down in Alaska 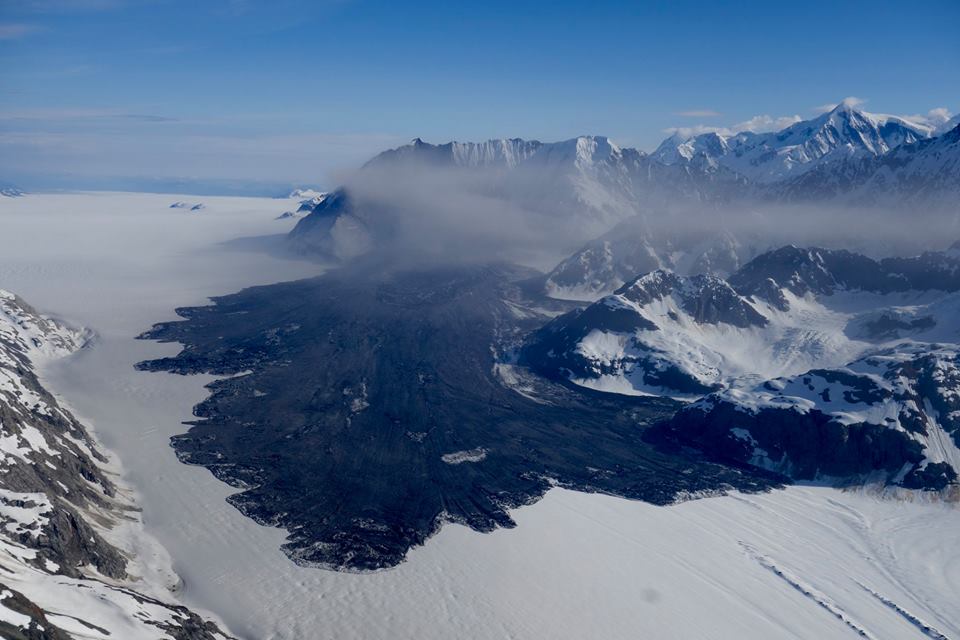 A huge landslide has been found in the southeastern part of Alaska, the National Park glacier Bay. The photo shows the mountain missing a pretty big part — and the debris field that stretches for several kilometers.

The mountain height of 1.2 km collapsed, releasing an avalanche of stones and dirt weighing about 150 million tons. The debris covered glacier at the bottom, creating a stone box with a length of about 10 km. Colin stark, Columbia University Professor, estimated that the force of the landslide was approximately 280 giganewtons,

To better understand this figure, you can imagine instead of 300 million stones rolling down the slope of the machine. Despite the fact that the landslide occurred without human presence, scientists learned about it pretty quickly, as the long-range seismographs detected impulse with magnitude of 2.9.

Professor stark says that it is a very important event. Similar landslides occur only 2-3 times per year I Wonder what Alaska over the last few days has turned into a real epicenter of stone avalanches. In the National Park of glacier Bay, where there happened a massive landslide over the past few days there have been already 5 landslides the scale is smaller.

Says geologist Dave Loop, as soon as possible to conduct a study and find out why suddenly, the area became so active. We can see video shot by pilot Paul Swanstrom, who first discovered the consequences of such a large collapse. It’s not every day you can see traces of such a powerful avalanche.