A huge sandstorm hit the central part of Iran 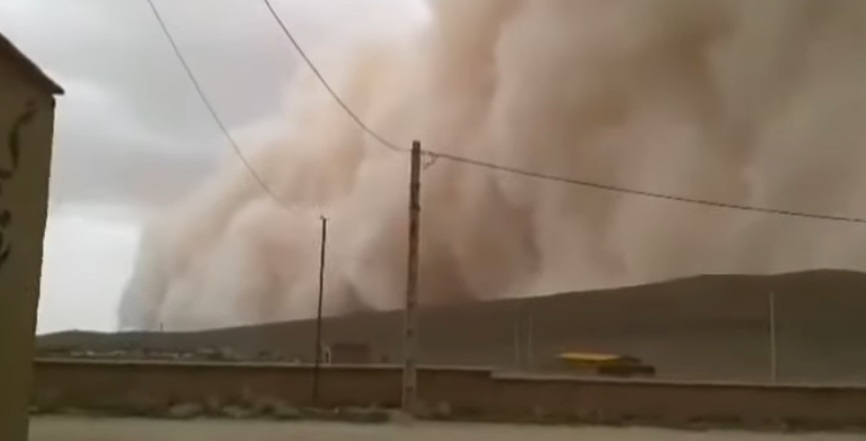 A massive, terrifying sandstorm hit the provinces of Yazd and Rafsanjan in central Iran.

The storm occurred at dawn, while the wind speed reached 130 km / h. The witness said that the day turned into night, when a giant sandstorm covered the sky.

The sandstorm was caused by a system that brought severe weather from Turkey to Saudi Arabia.

Prior to the sandstorm in Iran, strong winds had already wreaked havoc across Egypt, as a major sandstorm forced several ports and highways to close in the country. Authorities warned people to stay inside, especially those with respiratory illnesses.