A huge sinkhole occurred in Japan 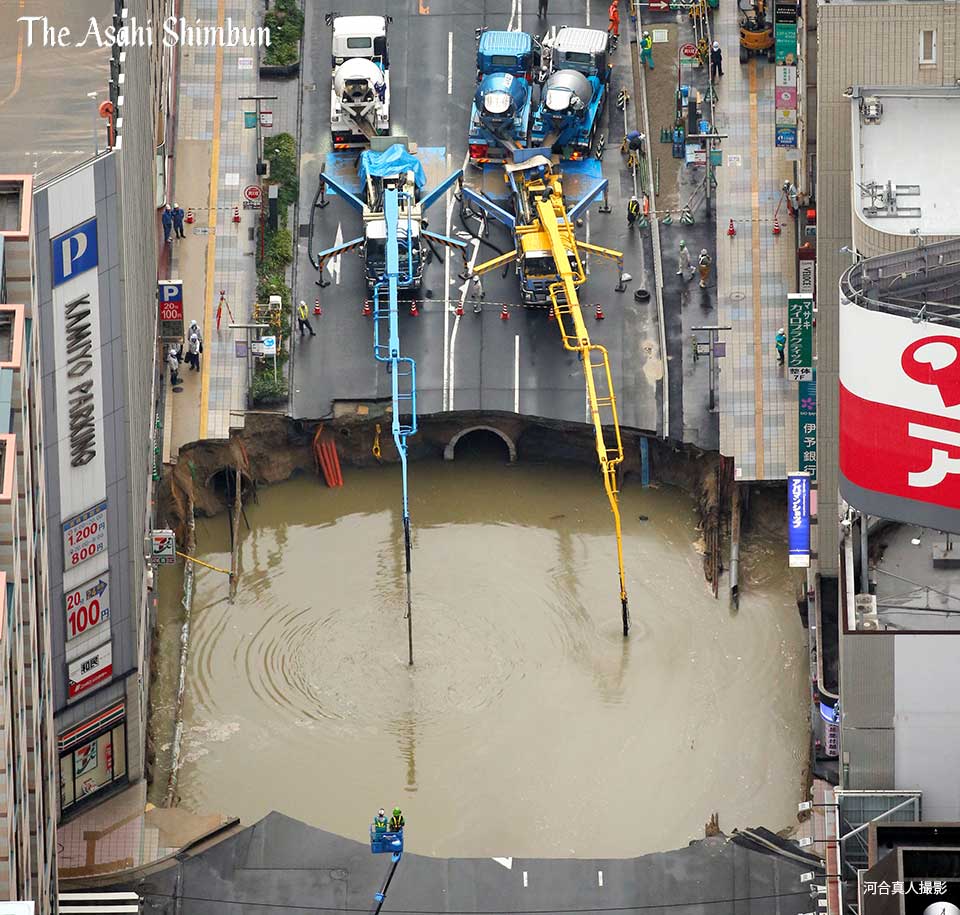 A massive sinkhole in the road near a large railway Hakata station in Fukuoka led to the disruption of the banking system in the area.

About the problems reported from the three major local Bank. Fukuoka Bank reported violations in the system of online payments, in some offices it is also impossible to make payments, there are some ATMs Bank Kumamoto reported that from 70 offices in the prefectures of Fukuoka, Kumamoto and Kagoshima system is not working and receiving funds affected system and Shinwa Bank. According to the Agency, the Central servers of these financial institutions are not far from the scene. Perhaps violations associated with power outages.

Authorities reported that because of the incident was partially de-energized the international terminal of Fukuoka airport, and about 170 homes. Cables that fed electricity, was built in the area of the sinkhole. Without light there and the main train station Hakata, which receive high-speed train from Tokyo. 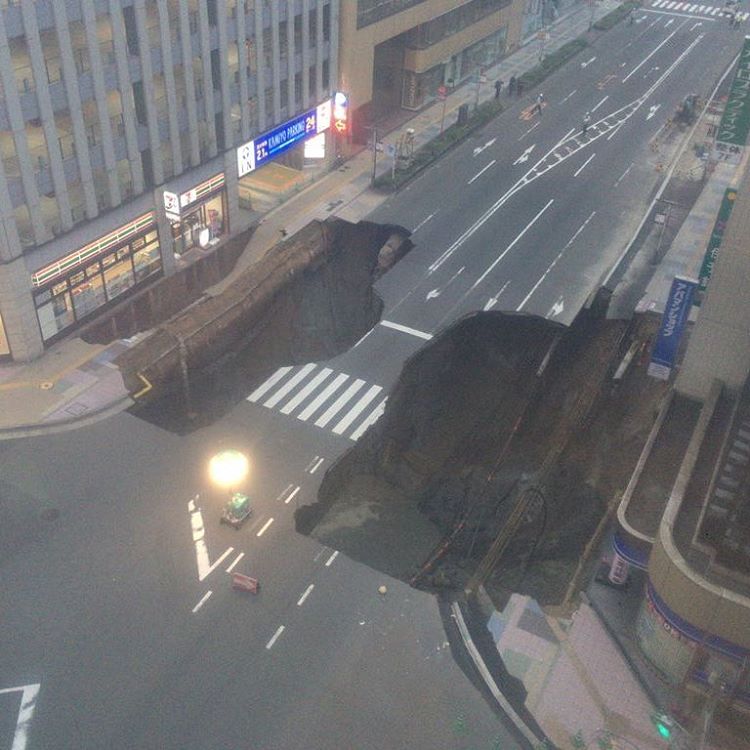 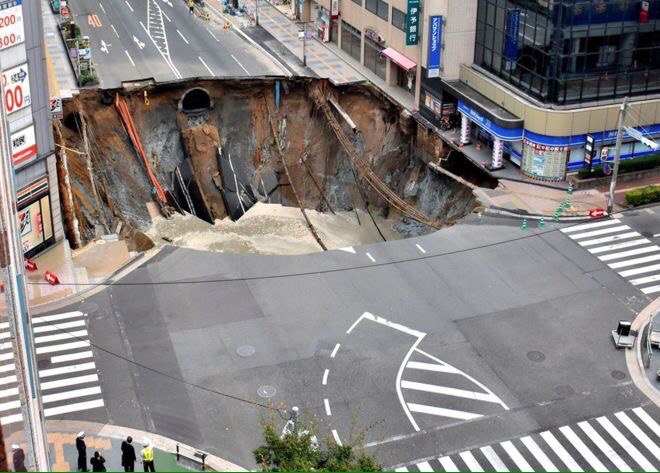 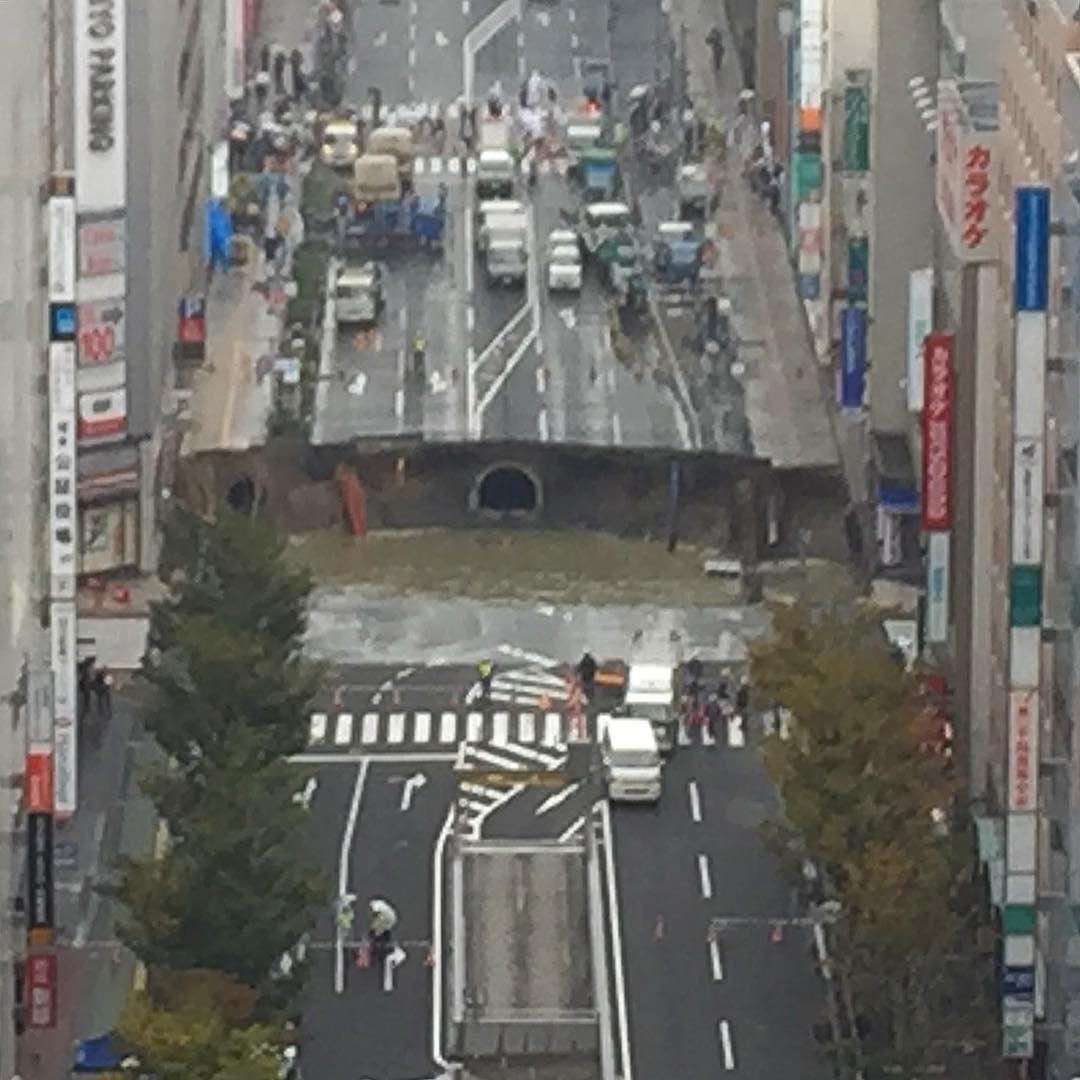 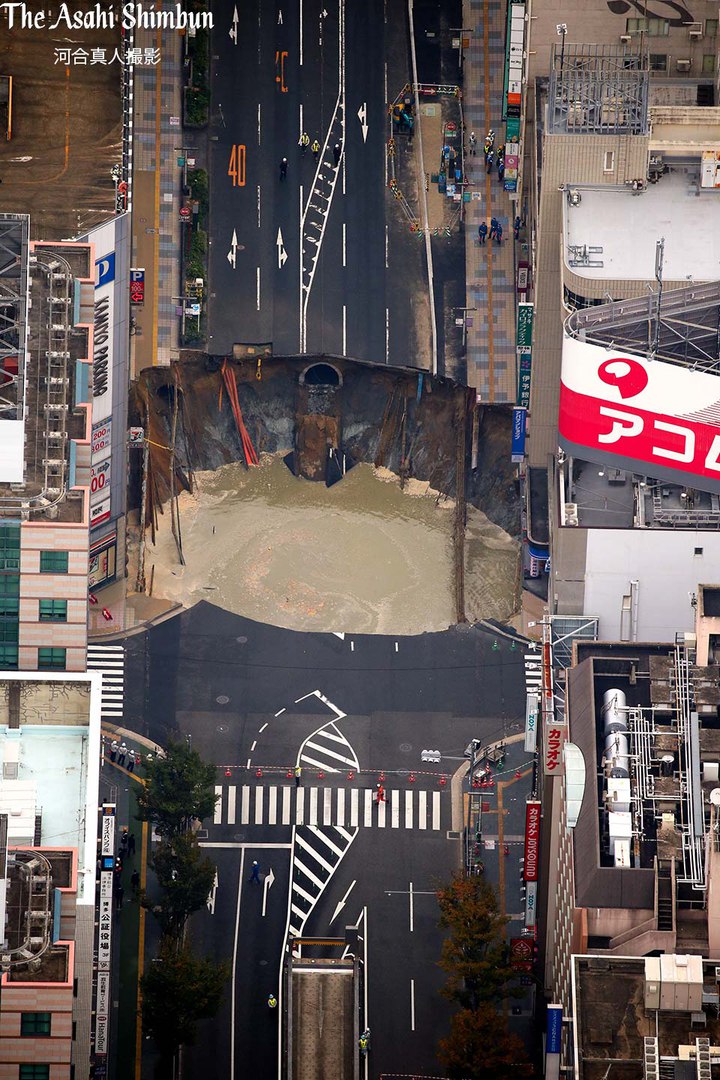 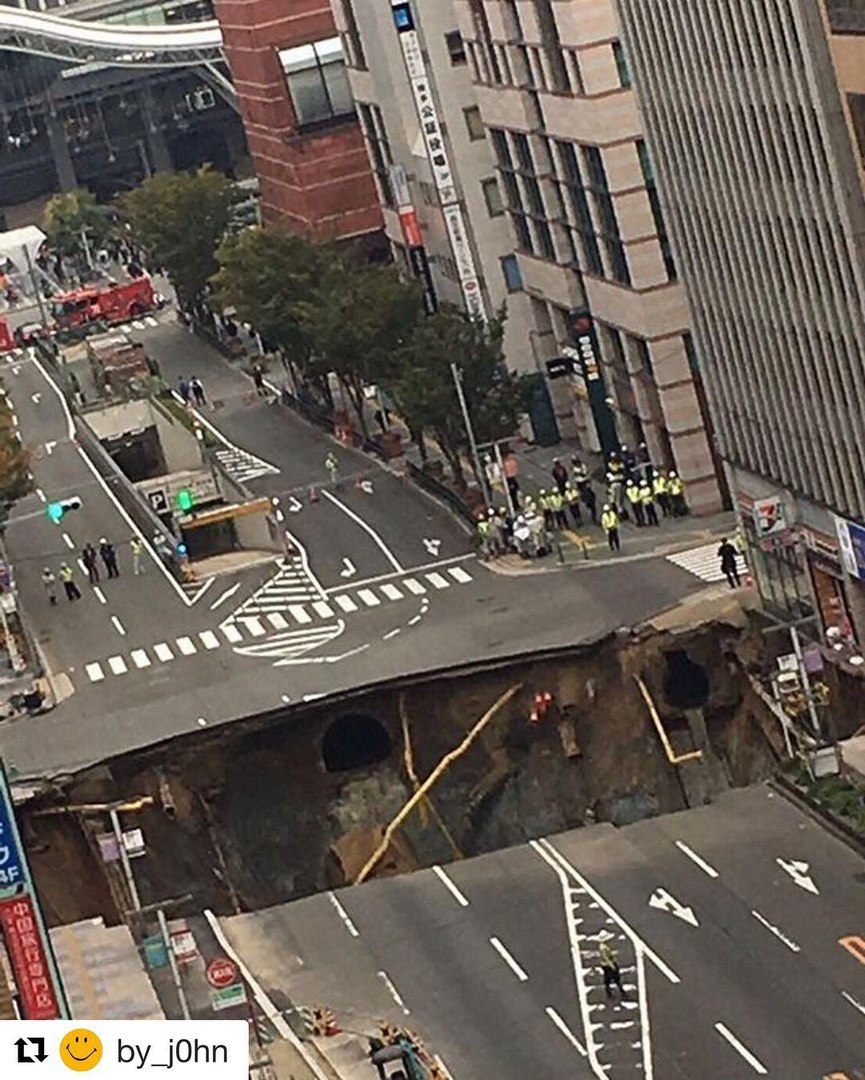 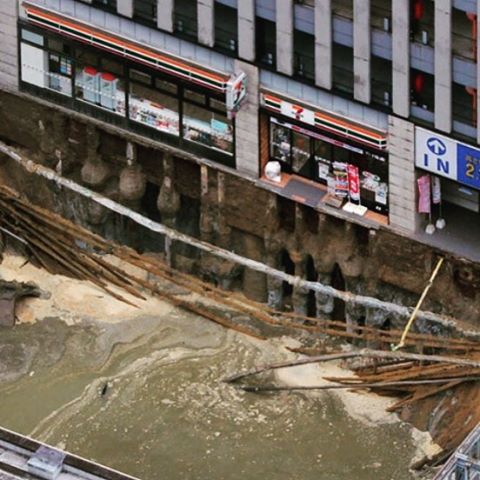 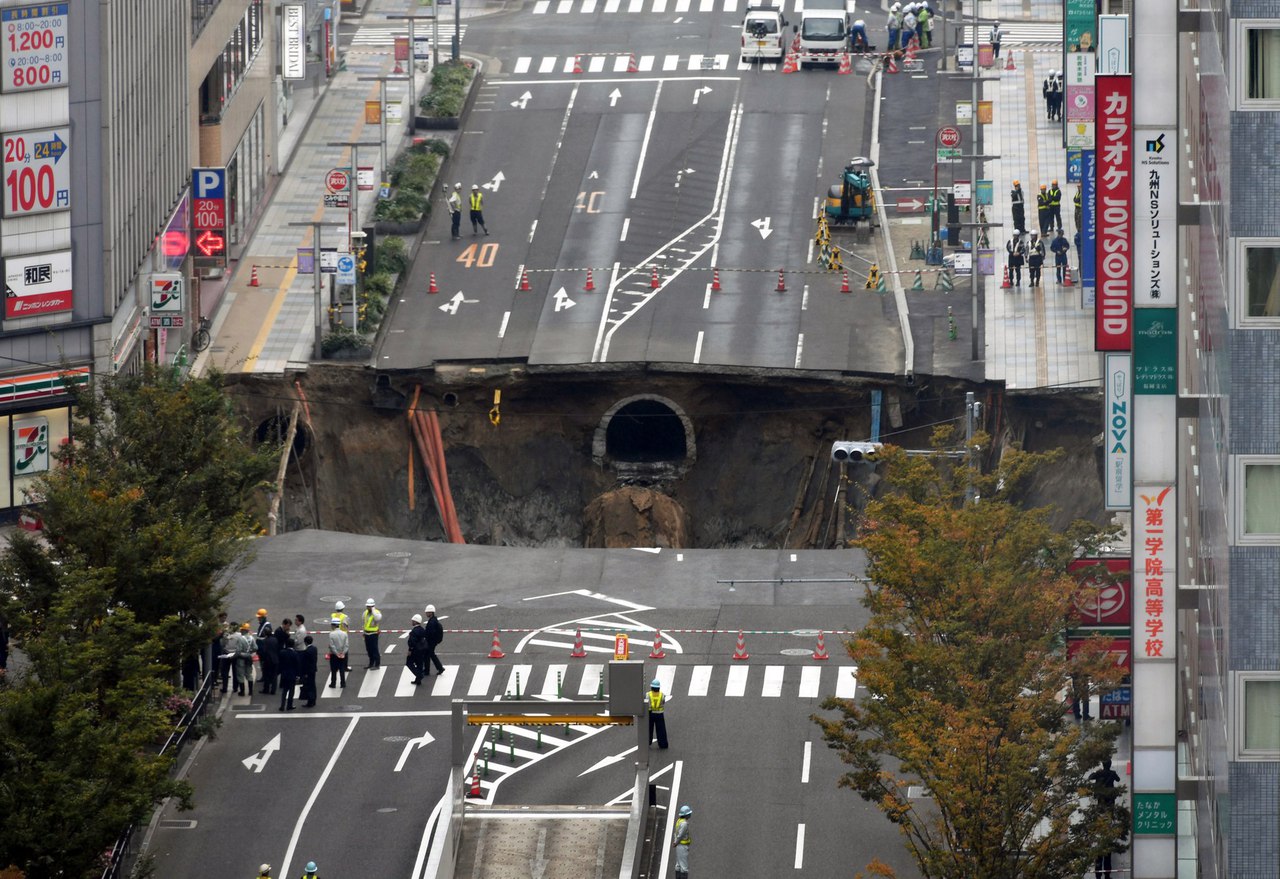 Directly on the airport and the railway transportation of PE is not affected. As told by eyewitnesses, the incident occurred early in the morning when in this area of the city were still not enough people and machines, although located near a major railway station Hakata, where is the high-speed train from Tokyo.

As a result of incident nobody has suffered. Pariprasna first on the road appeared two holes with a diameter of about three meters, then the area of failure had increased. Currently, the diameter of the hole is about 20 meters, the hole partially filled with water.

The authorities even had to evacuate people in buildings near the scene because there were reports that a possible ground failures in areas where these home. In the area of the incident the smell of gas, the police asked them not to use open flame.

Next to the emergency workers were engaged in the extension of the metro line Nanakuma. They were forced to suspend work in the tunnel due to the fact that it for some unknown reason, began to enter the water. Authorities are exploring whether these two cases.