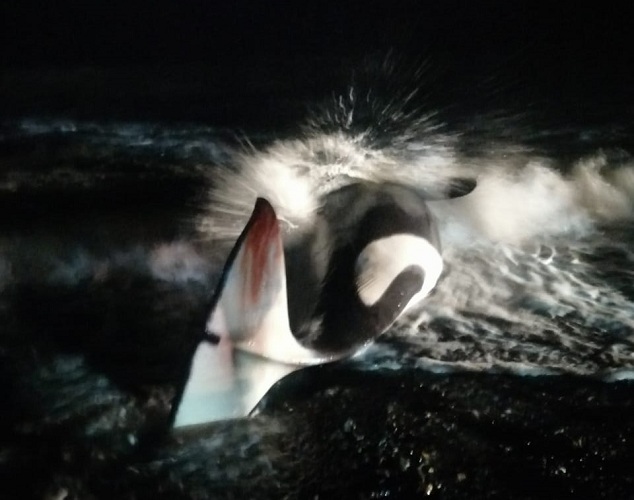 Last night on the Nyuklinskaya spit, not far from Magadan, fishermen found a wounded killer whale on the shore. According to eyewitnesses, the animal was pushed ashore by the tide.

Magadan residents began to spread information about the injured killer whale in social networks with calls to go to the place where it was thrown and help it return to the water.

For several hours, caring Kolyma residents tried to help the animal using a car trailer and other available means.

According to Pavel Klochkov, the head of the Magadan branch of the Far Eastern regional search and rescue team of the EMERCOM of Russia, the weakened animal swam into the sea on its own as soon as the water level rose to the maximum, and the killer whale did not need the help of rescuers.