A landslide after heavy rain killed 8 people in Parbat, Nepal 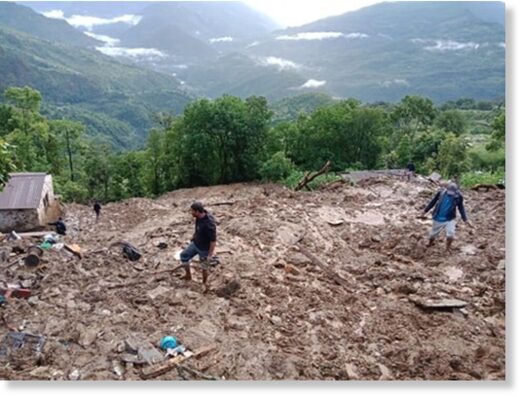 8 people died as a result of a landslide in the area of ​​Parbat, central Nepal. The landslide collapsed after a period of heavy rains.

The Nepalese police and army conduct search and rescue operations, as a result of which 3 corpses were found, and the next day another 5. According to the district police, searches for at least one missing person continue.

The landslide occurred after a period of heavy rain, destroying the road and two houses in a small community in the municipality of Kushma.

Disaster authorities in the country have reported several other minor landslides in the Sanghuvasabha, Tanahun and Darchula districts over the past few days.

Heavy rain also caused flooding in Terhatum, destroying 2 houses. On the same day, 1 person died as a result of flash floods in Bhaktapur.