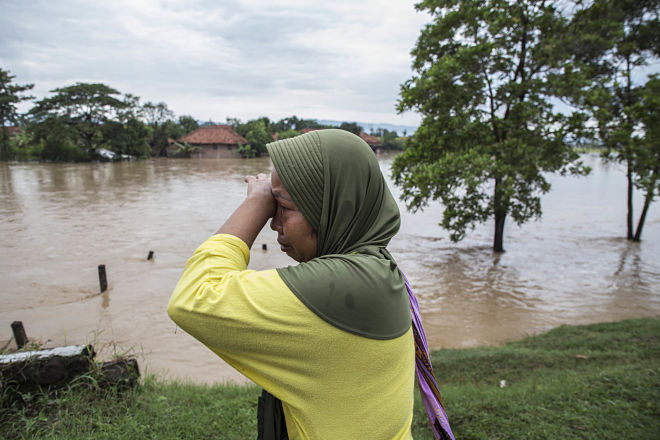 A landslide on the densely populated Indonesian island of Java on Thursday, February 22, killed at least five people. The number of victims of the disaster may still grow, as according to preliminary data, voiced by representatives of the National Agency for Combating Natural Disasters of Indonesia, another 15 people are currently missing.

The landslide fell on one of the villages, located in the central part of the island of Java. According to the press-secretary of the agency Sutopo Purwo Nugroho (Sutopo Purwo Nugroho), as a result of the incident, various injuries were received by 14 local residents, reports Reuters.

At the same time rescuers did not manage to arrive promptly to the scene and begin to analyze the debris with the use of heavy equipment: due to a landslide, the access roads leading to the affected village were cut off from the rest of the world. Rescuers note that under the layers of mud that hit the settlement, victims still trapped in the earthen trap can still remain. Currently, rescuers are trying to get to the scene, clearing their way through two excavators.

The head of the administration also told reporters that most of the victims receive medical assistance at a local medical center. However, one woman, who received serious injuries to the limbs, had to be urgently sent for treatment to the regional clinic.

Note that currently in Indonesia continues the monsoon season, which is characterized by heavy rains and, as a consequence, regular landslides.