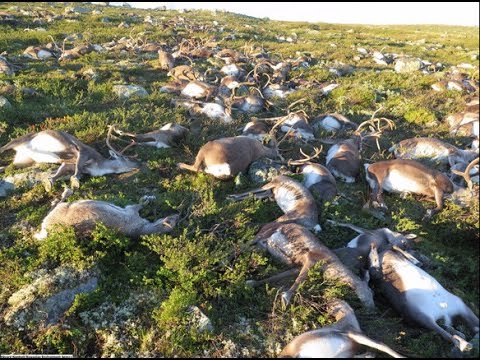 323 deer were found dead after a lightning strike in the national Park of Hardangervidda in South Norway.

Huntsman found dead animals on 26 August, however, authorities were able to visit the scene of the incident only two days later.

“Our people found there 323 the dead deer, five of which we have lulled ourselves due to the received wounds”, — quotes Agency the words of the representative of the Norwegian Agency for environmental protection of Elin Foshang Else.

It is reported that all of the deer were found within a radius of about 50 meters.

“We believe that all the deer were killed in one lightning strike, according to their position. We have never encountered so many deer, killed by lightning at the same time. As far as we know, this is a unique case,” — said Else.