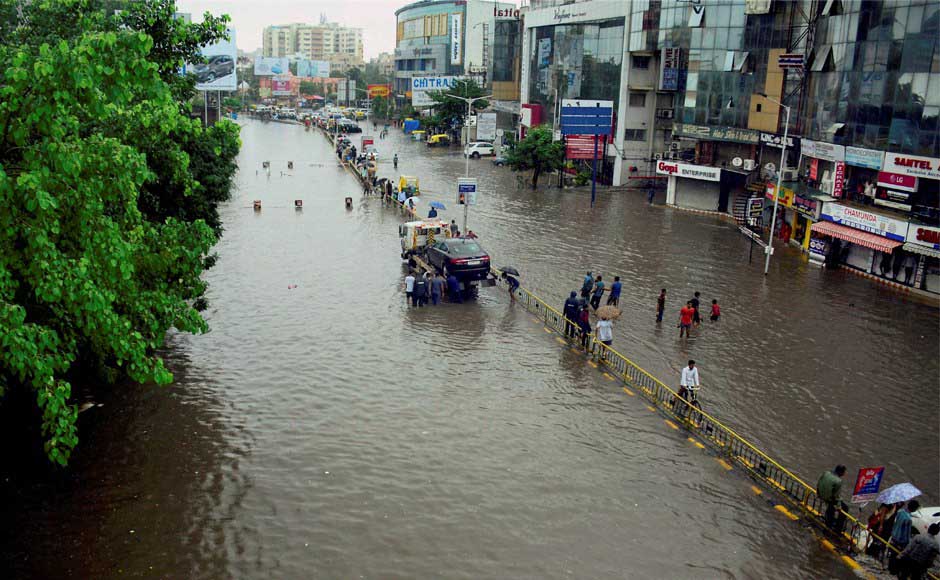 216 people were victims of monsoon rains caused by floods in the Indian state of Gujarat in July, the regional center of the National Emergency Management Office (NDMA) reported.

The situation in Gujarat was aggravated last week, when the state was raining continuously for several days. Now the weather conditions in the state have improved, the water is leaving the flooded areas, in connection with which the rescuers are finding more victims. So, last week in the village of Kharia, the most affected district of Banasantha, rescuers found the bodies of just 17 dead from the same family.

Chief Minister of State Vijay Rupani, who is currently in Banasanth and personally supervises the course of rescue and reconstruction work, personally met with the relatives of the tragically deceased family. According to him, the floods in the current year have become the most destructive in the past 17 years. He also met with farmers who encountered difficulties in the current sowing campaign, and promised to help them to resume agricultural work.

Floods are one of the most dangerous natural elements in terms of the number of victims in India. Thus, the Meteorological Department of India in January reported that in general in 2016, about 1.6 thousand people were victims of severe weather conditions and natural disasters. Most people – about 700 people – died because of the heat that is established in India, usually in April-June. The second natural death rate was floods caused by rains – about 475 deaths. Another 415 people were killed by lightning strikes in the pre-monsoon and monsoon seasons.