A natural catastrophe threatens the areas of the Amazon 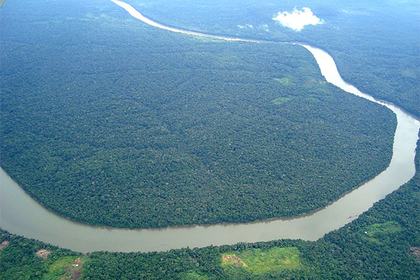 Scientists from Brazil, Germany, Singapore, Britain and the United States predicted the onset of the disaster in the Amazon lowland.

The specialists calculated the DEVI index (Dam Environmental Vulnerability Index) for various territories related to the Amazonian lowland. This parameter varies from 0 to 100, its maximum value corresponds to the complete destruction of the ecosystem.

The highest values ​​of DEVI (more than 80) fall on the territory belonging to Madeira, the largest tributary of the Amazon, where Santo Antonio and Girau are already operating – two large hydroelectric power stations. The Maranion and Ucayali basins will also suffer significantly (the magnitude of DEVI in them is 71 and 61, respectively).

The main factors in the degradation of the ecosystem are deforestation, changes in the river bed, a massive decline in biodiversity and soil erosion.
In the Amazon basin, 428 hydroelectric power stations are planned to be located, at the moment about 140 such facilities have been built or are being built. The basin is the source of 20 percent of fresh water on the planet and the habitat of many endemic plant and animal species.