A new study complicated the debate about global warming 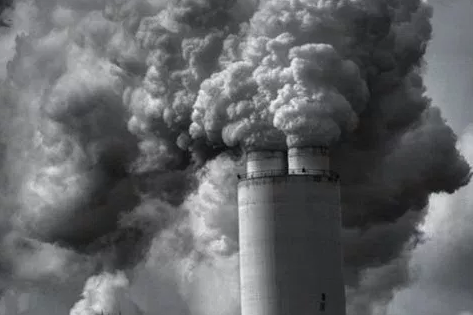 Not surprisingly, many people consider the cause of global warming to be only human activity, as most scientists believe in it. But experts should ask why there is still a large group of “deniers” for whom anthropogenic climate change is a fiction.

The fact is that scientists have often been caught on frauds with climate data and ridiculous predictions. Celebrities and politicians who support scientists live in luxurious mansions, fly around the world on private planes, and in general because of their way of life, much more CO2 enters the atmosphere than because of the activities of ordinary people. How, with all this in mind, can global warming be taken seriously?

The situation is also not saved by the fact that respected scientists doubt the existence of global warming. Recently, two Australian researchers published an article explaining that today’s temperature change in the world is quite natural.

The scientist Jennifer Maraji, whose extensive list of achievements there is and the foundation of the laboratory for studying the Climate The Climate Modeling Laboratory, begins its stunning report, referring to reality.

“Our new research is likely to be ignored,” says the text of her article in The Spectator Australia.

She continues to explain: “Having investigated the proxy data on the temperature of six periods of 2000 years, we came to the conclusion that the recent warming is a natural process that would occur even if the technical revolution did not happen.”

The difficulty is that in the Middle Ages the temperature in the world was indeed higher, and for many years this remained a fact that global warming advocates today deny. These researchers confirm that before the industrial revolution in the world it was warmer. Of course, in this connection it is assumed that human activities exert much less influence on the climate than the environmentalists believe.

On the jumping temperature chart you can see two periods of increase: the first of them passed around 1200 and is known as the Medieval climatic optimum, and the second reached its peak in 1980, after which the temperature began to drop …

Nevertheless, there are numerous indications that during the Medieval climate optimum in Europe it was approximately one degree warmer, and this corresponds to an increase in temperature in the Northern Hemisphere in 1200. A huge number of reports based on proxy data, which speak about higher temperatures of this period, are published.

Most importantly, the dispute over climate change has not yet been completed, and scientists have not come to a consensus (but even if they managed to achieve unity of opinion, it should be remembered that the confidence of a large number of people in the truthfulness of the fact does not at all guarantee its reliability).

Too often the proponents of anthropogenic global warming have been caught in lies to blindly believe them.