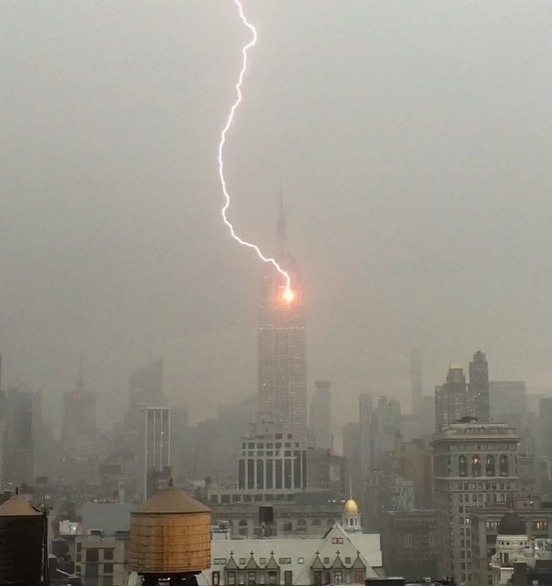 Users of social networks are discussing footage of a lightning strike to the building of the Empire State Building, one of the most famous buildings in new York, filmed by photographer Henrik Moltke.

“The Empire strikes back!”, — joked the official account of the TV channel WeatherNation, playing with the name of the building.

“No, lightning struck the Emire State Building was not from the #Torah(nickname sportsman)” — responded the official account of major League baseball MLB.

In the night from 25 to 26 July in new York city burst into a storm during which lightning struck the building.