A powerful cyclone hit the south of Russia 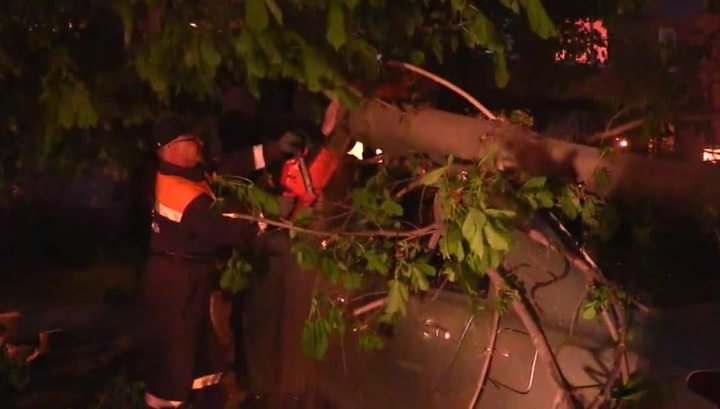 In the mountainous regions of Dagestan, about 12,000 people in 160 villages remained without light. Electricity was turned off for the purpose of prevention. In the region there is a strong wind, the power industry is afraid of winding wires and short circuits. As soon as the weather improves, the supply of light will resume. It is established that in part, without electricity, there are nine districts: Charodinsky, Khunzakh, Tsumadinsky, Tsuntinsky, Shamilsky, Gunibsky, Botlikhsky, Tlyaratinsky and Buinaksky districts.

And in North Ossetia, a hurricane tore roofs from dozens of houses, knocked over a hundred trees. Without light in the evening there were more than 20 thousand people. Interruptions in power supply were also in the Adler district of Sochi. The repair teams have already eliminated the consequences of the accident, but weather forecasters promise weather worsening. The wind will increase. In the mountains await avalanches and rise in the water level in the rivers. All this – the consequences of a cold cyclone, which on the eve covered the south of Russia and the North Caucasus.

In Rostov-on-Don there were heavy rains due to which some central streets were flooded, in Sochi, because of the wind without light, there were about 2.5 thousand people in the village of Veselom, Adler district. In addition, five flights were detained at Sochi airport. In Ingushetia, the wind left more than 20 thousand people without light, and also damaged the roof of two schools and private houses.