A powerful earthquake is projected in New Zealand 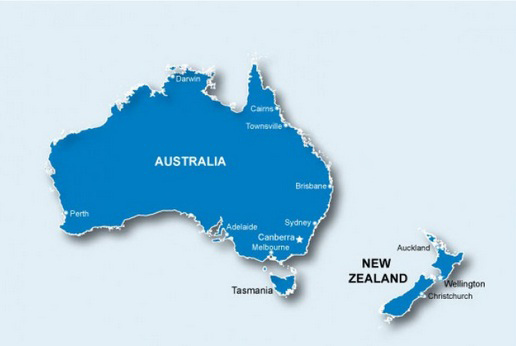 Unusually high pressure and temperatures in the Alpine fault crossing New Zealand indicate a greater probability of a catastrophic earthquake with a magnitude of 8 points on the MMS scale or more in the next 10-20 years, say geologists in an article published in the journal Nature.

New Zealand, unlike all other islands of the Pacific, is part of the continental crust, and not a volcanic island that grew on the ocean floor as a result of tectonic or volcanic activity.

For a long time scientists believed that New Zealand is part of the Australian plate – a large fragment of Gondavna, the southern super-continent of the Earth, a breakaway from India and the Antarctic approximately 100 million years ago.

In this case, New Zealand acted as the boundary between the Australian Continental Plate and the Pacific Ocean Plate. This is well confirmed by the fact that New Zealand has volcanoes and often there are powerful earthquakes.

Martin Zimmer of the Helmholtz Center for Earth Sciences in Potsdam, Germany, and his colleagues studied one of the largest and most active “front lines” between these slabs – the so-called Alpine fault that runs along the western part of the South Island.

Plates constantly “rub” between themselves, which leads to a rapid accumulation of tectonic tension, which is periodically released during the most powerful tremors.

For the last thousand years in New Zealand, four super-powerful earthquakes with a magnitude of 8 or more, occurred with an interval of 200-300 years. The last earthquake of such a force occurred in 1717, which forces geologists to constantly search for hints of the appearance of new tremors of a similar strength, by studying the intensity and temperature of rocks of the Alpine fault.

Zimmer and his colleagues carried out similar measurements inside a 900-meter mine drilled in the mountains near the town of Wataroa in the southwestern part of the South Island for the past two years. 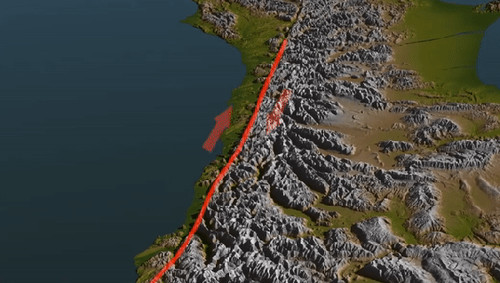 These measurements revealed disturbing trends – the spread in the temperatures of different layers of the mine was rapidly growing at this time, and at the current moment the rocks are hotter at a depth of 125 degrees Celsius than the higher parts of the fault.

This is especially evident in the half of the fault that “hangs” over the Australian plate and covers most of New Zealand. Such growth, according to geologists, suggests that rocks and water in the deep part of the fracture actually “boil” and actively transport heat to its outer layers.

All this testifies to the fact that the tectonic stress in the fault is now rapidly accumulating and soon it will lead to a powerful earthquake.

“Extreme differences in temperature and pressure at different depths in this fault indicate that its rocks move very fast, carrying heat and hot rocks with them from deep layers of the Earth. In this respect, the Alpine fault is unique – such variations are usually observed inside volcanoes, and not in the zone of tectonic plates collision, “the scientists conclude.