A powerful eruption of a geyser in Yellowstone has frightened scientists 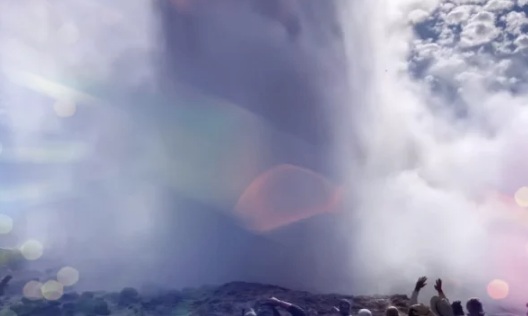 In Yellowstone, there was a powerful eruption of the steamer “Steamer”, which threw water and steam to a height of more than 100 meters with a roar, which according to scientists observing the super volcano is a frightening sign of a possible eruption of the volcano itself, capable not only of destroying the US, but also immersing the whole world in volcanic winter.

The eruption of the “Steamboat” lasted for 30 minutes, and after all this geyser is known for that it rarely erupts. But in 2018 the frequency of its eruptions unexpectedly increased.

The activity is increasing with increasing and now the new June eruption, which was perhaps the most powerful of all, which caused concern among volcanologists watching the activity of geysers in Yellowstone National Park in the United States.