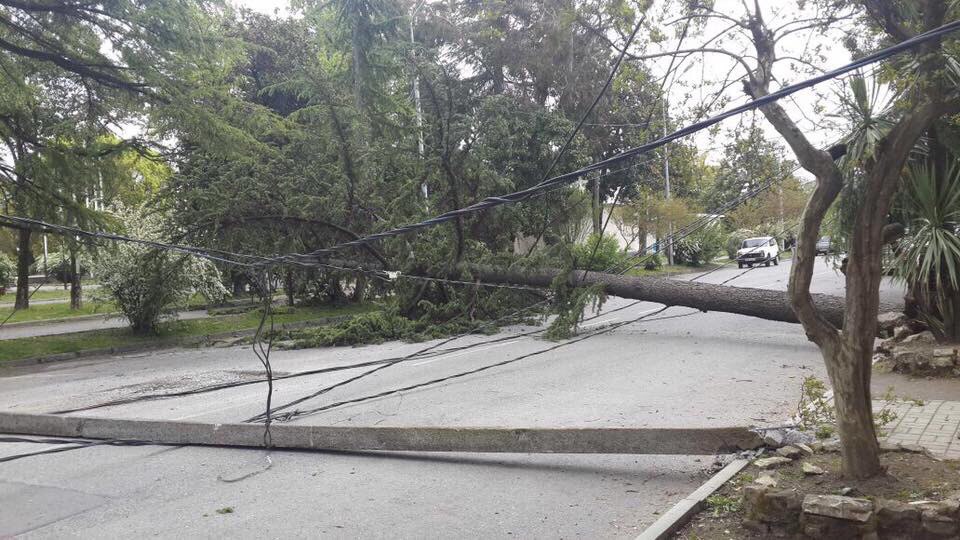 In the Abkhazian resort town of Gagra, as a result of strong gusts of wind (up to 23 m / s), roofs from high-rise buildings and private houses have been ripped off, power lines are broken, dozens of trees are broken down, several cars are damaged.

The municipal services are engaged in clearing city streets of fallen trees, they are helped in this and the residents of the city, the administration of Gagra reported.

The spokesman for the Ministry of Emergency Situations Mizan Lomiya reported that a large tree fell on the parked taxi in the republic’s rehabilitation center. “The huge eucalyptus crushed the minibus, fortunately no one was hurt, in the car at that moment there was no one,” he said.

According to him in Sukhum, a strong wind also broke power lines, knocked down many trees. “Two trees fell on cars, one near the city hospital, another in the Tourist Base, and in both cases there were no casualties,” Lomia said.

As the press secretary of the Ministry of Emergency Measures of the Republic noted, the rescuers were mobilized to clear the roads blocked with fallen trees, the traffic to all parts of the city was resumed in the shortest possible time. “Employees of the Ministry of Emergency Situations are constantly on duty on the streets of the city and are ready to immediately come on call,” he added.