A powerful sandstorm enveloped the southeast of Turkey 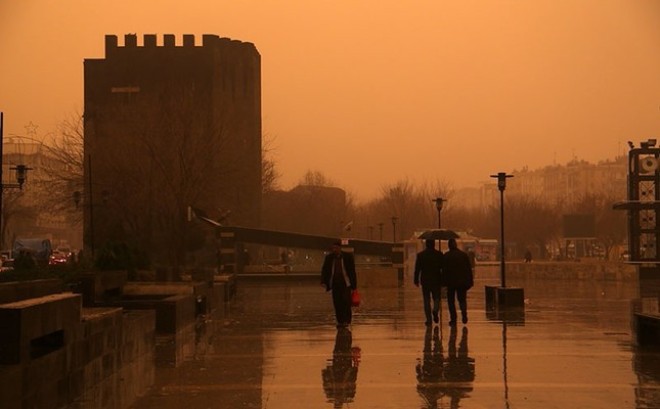 Due to a powerful sandstorm, the north-eastern regions of Turkey plunged into a red haze.

According to local meteorologists, windy conditions and heavy dust have worsened the visibility and quality of air in the muds of Diyarbakir, Shirnak, Mardin, Shanlıurfa and Batman. Dust clouds, accompanied by dirty rain, plunged the region into darkness.

In the province of Mardin, which was most severely affected by the storm, people with disabilities, people with health problems, and pregnant women were given a day off.

Due to the sandstorm Izmir-Mardin plane landed at Diyarbakir airport, flights between Ankara and Mardin were canceled.