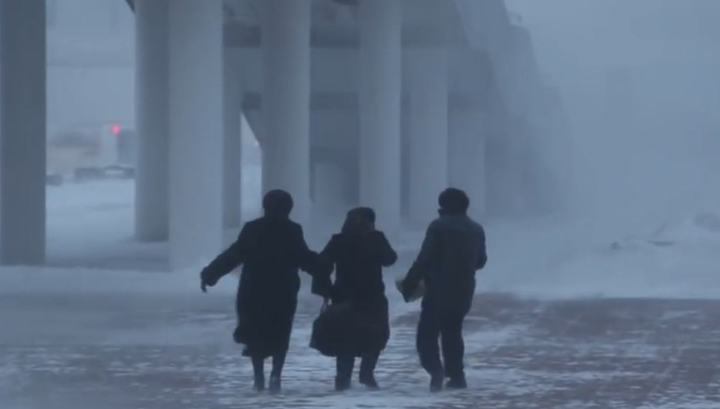 Mayor of Astana Aset Isekeshev announced the regime of an emergency in a city caught in a blizzard. Many roads have been blocked in the capital of Kazakhstan, the international airport has been closed, classes in schools and colleges have been canceled, local residents have been dismissed from work to their homes.

A violent storm hit the country’s capital and neighboring regions on the night of January 11. Closer to dinner, the authorities closed all the outings from the city, urging the drivers not to get behind the wheel and park cars on the roadside.

“In connection with extremely unfavorable weather conditions, we ask you to be extremely careful and cautious in order to avoid accidents,” reads the report on the website of the akimat (mayor’s office).

Later, the mayor declared a state of emergency in the capital. By that time, the locals had posted many pictures and videos showing snow-covered cars, fallen fences and poles, torn roofs and damaged buildings.

Most others went to the residential complexes “Corkem” and “Arman Kala”, where the walls and ceilings cracked and began to crumble.

Judging by the records, people who have appeared on the streets literally blow down powerful wind gusts, but there have been no reports of victims yet. In the morning there was a message about the missing on the way to the closed school pupil, but an hour later he was found and taken home.

Under the blow was not only Astana: snow covered Pavlodar and Karaganda, but in Kokshetau because of weather conditions, the air harbor was closed.