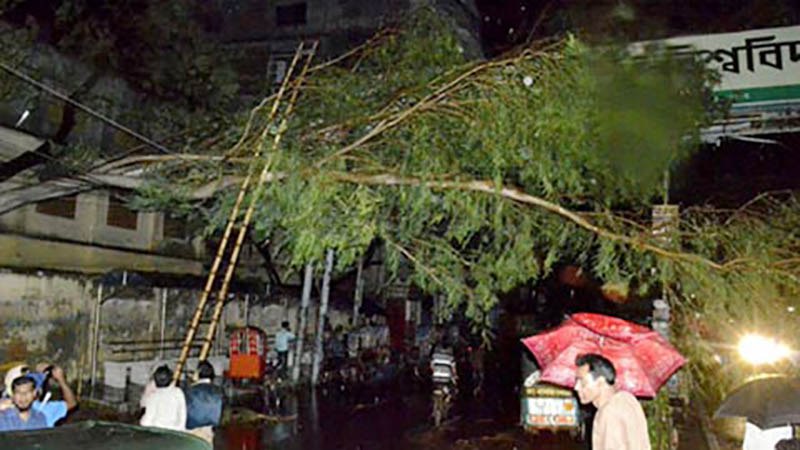 A violent storm on Monday night hit a number of areas in Bangladesh. As a result of the storm, at least seven people died, dozens were injured.

In the district of Rajshahi, located 256 km west of Dhaka, four deaths were reported. Three more people were killed in the Chapai-Nawabganj district, which is located 302 km northwest of the capital. As a result of difficult weather conditions, many houses were damaged, trees were destroyed, transport traffic was disrupted. The stormy weather was preceded by intense heat.