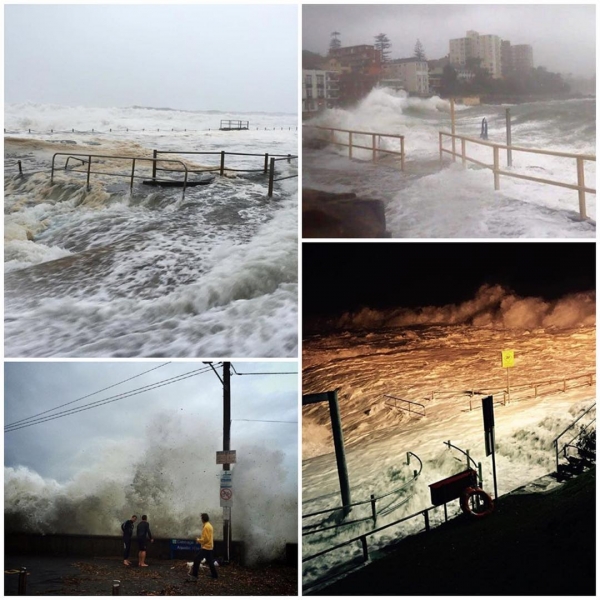 At home on the beaches of Narrabeen and Collaroy can finish their days in the ocean waves. Many villas have lost up to 5 meters of the front lawn due to erosion and sea level rise. A small sinkhole opened suddenly at home in Collaroy.

The storm was one of the most powerful this year. Huge waves and strong winds continue to beat about the coast on Sunday. The waves destroyed the old breakwater, which had been carrying faithfully for 54 years. Extreme weather is moving down the East coast of Australia. Residents evacuated because of torrential rain and floods.

Gale force winds, torrential rain and flooding battered New South Wales over the weekend, causing disruptions in public transport and leaving the streets flooded. 500 state residents moved to evacuation centers. About 9 million homes in Sydney and on the Central coast remained without power.