A powerful storm swept across Poland 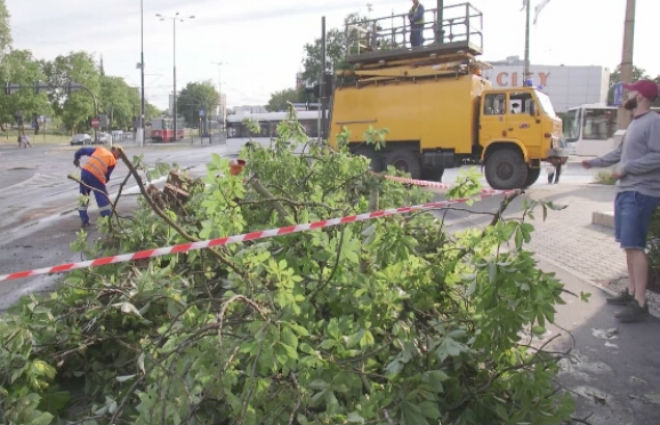 Poland on Thursday, June 21, covered a powerful storm, accompanied by heavy rain, squally wind and thunder. As a result of the disaster, one person died, another 10 people were injured.

In total, firefighters traveled on calls due to the bad weather more than 4300 times throughout the country. The Mazowieckie, Kujawsko-Pomorskie and Wielkopolska voivodeships suffered most seriously.

A strong wind knocked down numerous trees. More than 330 thousand consumers remained without electricity. 291 buildings were damaged, including 185 residential buildings. Many roads are blocked. As a result of lightning strikes and power line breaks, several fires occurred.

In the town of Wooming Mazowieckie, the tree fell on the deputy city chairman, as a result of which the man was killed.