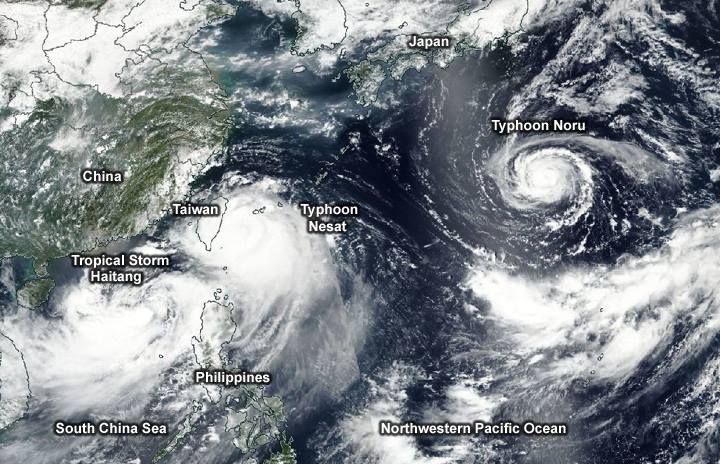 A powerful typhoon Nesat hit Taiwan on Sunday morning, 82 people were injured as a result of the disaster, more than 8.7 thousand inhabitants of the island were evacuated to safe places

According to official information, to the present moment without electricity more than 100 thousand households have remained. Schools and government offices are closed, the work of some metro lines is suspended, the railway schedule is broken, the garbage collection service, bicycle rental and partly courier services are not working.

Eva Airways reported about the cancellation of 42 flights, which affected more than 10 thousand passengers.

The typhoon caused flooding in some parts of the island, the south of Taiwan suffered most. Storm warning was announced as early as Saturday, special services activated the emergency response mode. It is expected that torrential rains continue on the island and on Monday.