A powerful Typhoon struck the coast of China 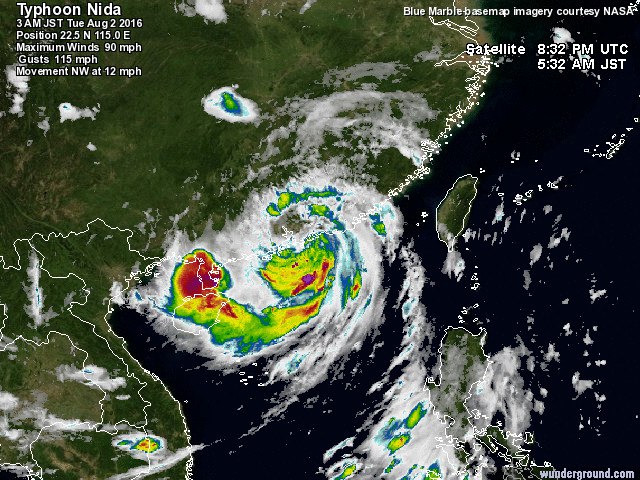 Typhoon Nida – struck during these hours to Guangdong province (China). The epicenter of a tropical cyclone is close to Hong Kong. The wind speed at the moment of reaching the land was 145 km/h with gusts of up to 185 km/h.

The main impact of elements occurred in Shenzhen. The wind speed at the epicenter exceeds 151 km/h.

The Typhoon continues to move in a North-westerly direction, it is expected that it will also affect the cities of Guangzhou, Dongguan, Foshan and Zhaoqing in Guangdong province and neighboring Guangxi Zhuang Autonomous region.

In Guangdong declared the highest level of flood risk, schools are closed, not working industrial enterprises. Population is prescribed to stock up on necessities for three days and not go outside. Experts fear that -Nida – may be the strongest Typhoon in the region since 1983.