A powerful waterspout was observed off the coast of Spain 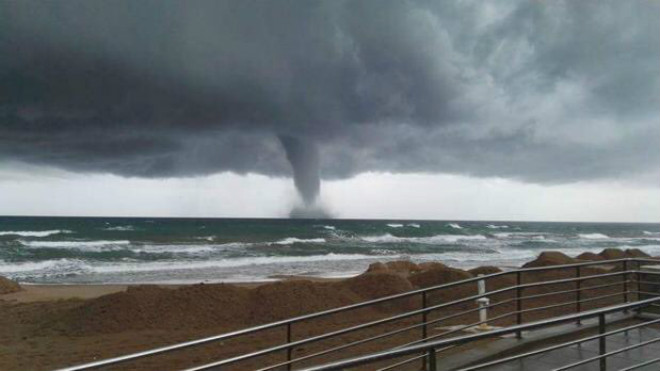 One of the biggest tornadoes in decades appeared on Sunday on the coast of Valencia, Spain. A tornado that formed off the coast, fortunately, not harmed, because he has not reached populated areas. These days Spain is experiencing a period of intense bad weather that swept the Iberian Peninsula. More weeks the rains are rampant in many regions of Spain and Portugal.

Saturday in connection with cyclonic area of low pressure showers affect the entire Central-South of the Iberian Peninsula. Was recorded over 100 mm of rain in some places in the Central part of Spain.