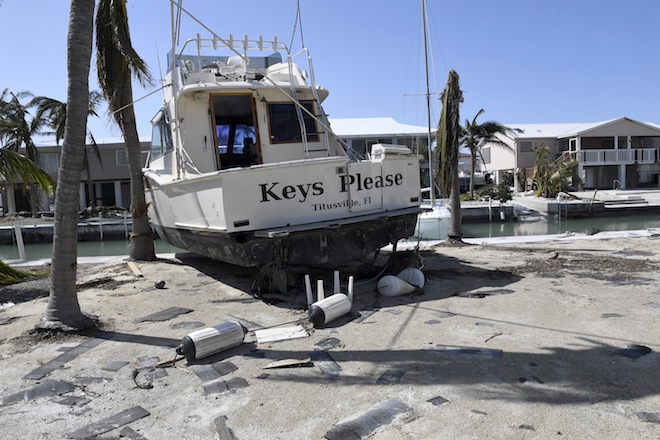 Hurricane Irma destroyed a quarter of the houses in the Florida Keys, where it first entered the United States as a fourth-class hurricane. This was announced on Tuesday by the head of the emergency response service of the United States.

“According to initial estimates, 25% of houses are completely destroyed and 60% are damaged. Storm surges played a significant role in this, “Brock Long, director of the Federal Agency for Emergency Management (FEMA), said.

The inhabitants of Florida Keys have just begun to return, but most of the archipelago south of Miami remains closed to traffic, as long as the authorities assess the conditions.

A paradise for tourists, boaters and scuba divers is now not as attractive as usual. Aerial photography and television images show extensive destruction.

“Irma” came ashore on Sunday in the town of Kujo-Ki, in the lower part of the archipelago. Then his wind reached 209 km / h.