A rare water whirlwind was observed off the coast of Okinawa 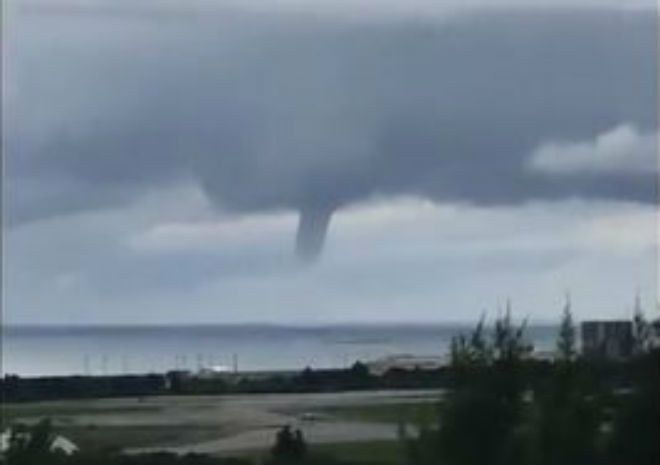 Residents of the Japanese island of Okinawa observed the water whirlwind approaching on the coast during the daytime on May 15.

The phenomenon was caused by localized cumulonimbus clouds formed along the rainy front. The tornado passed along the coast of the city of Ginowan and the American military base “Kadena”. Many eyewitnesses managed to take this amazing spectacle to the cameras of their phones.

The tornado did not come out on land. Information about any damage and injuries has not been reported.

As local meteorologists say, tornadoes are not uncommon in Japan, but they are usually observed in August-September and are associated with typhoons.

Recall a huge dusty tornado (landspout) on Tuesday, May 16, passed near the settlement of Exeter in the US state of Nebraska.