A riot of Kilauea volcano in Hawaii 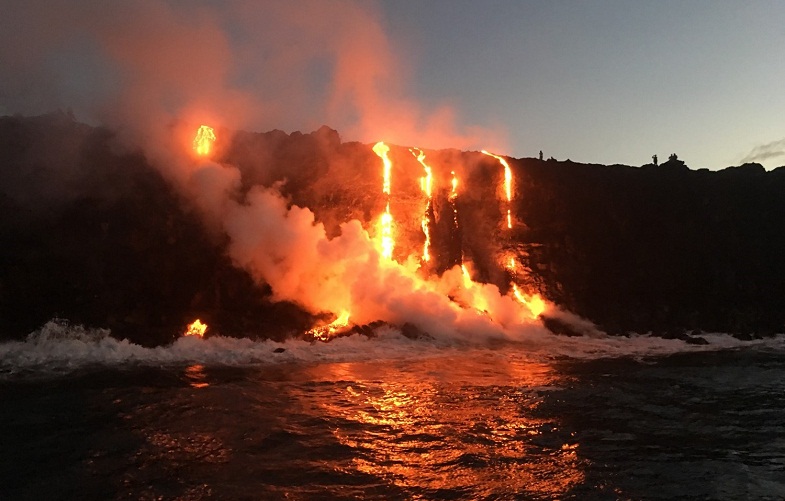 Incredible footage of a lava flow the Hawaiian volcano, absorbing the forest terrifies and fascinates at the same time.

A video made from the air, the lava of Kilauea volcano engulfing the forest, flowing down from the slopes of the giant and going further in the terrain of the National Park “Hawaii volcanoes” on 9 July. When photographing at different angles to the winding flow of the lava, heard the crackling of the burning forest.

Cone Puu OO, the active Kilauea volcano is undergoing a lengthy eruption. Lava rises from the southern side of the volcano, directed to the Pacific ocean. Lava from Kilauea is moving on a flat coastal plain, about a kilometer from the ocean.

Kilauea is one of the most active volcano in the world. It is a shield volcano, which is the South-Eastern part of the Big island of Hawaii. The volcano rises to 1270 meters above sea level and occupies almost 14% of the territory of the Big island.

Since 2013, the lava flow Hawaii Kilauea volcano has covered more than 8 km and began to drain into the ocean. Hot material has reached the water’s edge at 1:12 local time on Tuesday 26 July. A few hours before they crossed emergency the coast road, connecting the village of Calapan and the Chain of Craters road.