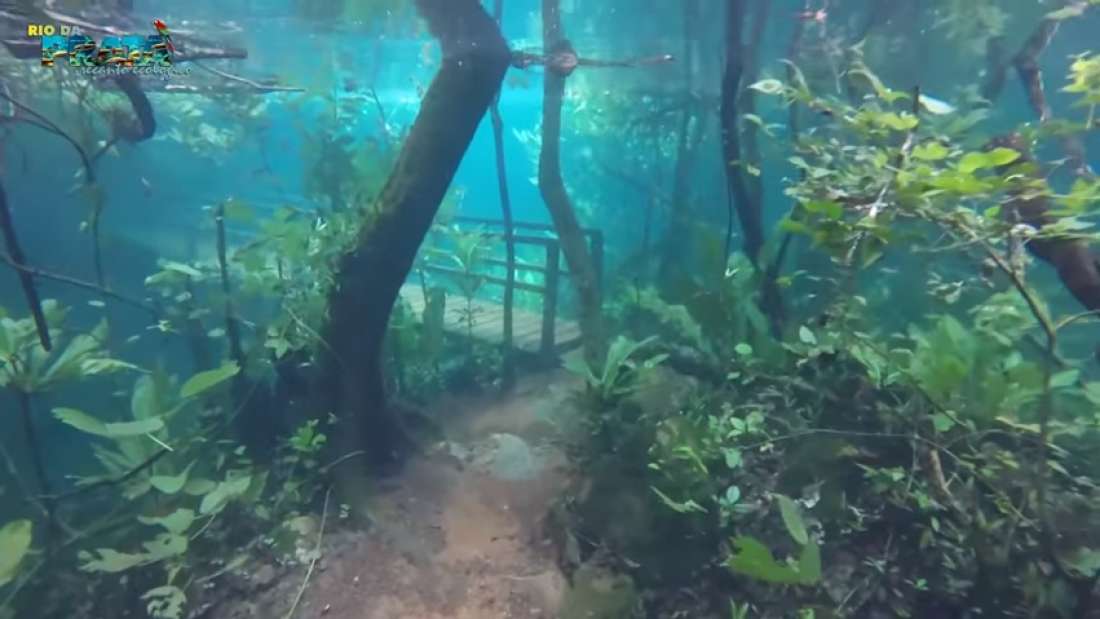 A beautiful video that is currently very popular on the Internet was filmed in the area of ​​Recanto Ecológico Rio da Prata, on the territory of a private natural heritage reserve that crosses many rivers with crystal clear water, making their way through the virgin rainforest. Typically, tourists can take walks along the nature reserve trails before diving into the rivers Rio Olha d’Agua or Rio da Prata and taking scuba diving with the fish.

However, after a series of strong showers earlier this month, visitors to the reserve received a rare opportunity to combine both pleasures. Out of the river banks flooded the surrounding forest, and, instead of turning everything into a solid muddy muddy stream, crystal clear water created an amazing underwater wonderland.

Although this phenomenon does not happen very often, we must admit that this is not the first time. In fact, it was unusual that the flood occurred twice during this month. However, as a rule, the results are very short-lived.

“Despite the flood, on the day that the video was recorded, the waters of the Olho D’Agua remained crystal clear due to the perfect preservation of the coastal forest, which is located in the private nature reserve,” the video says. “It was a rare case, and by the end of the day the water in the river had returned to its normal level.”