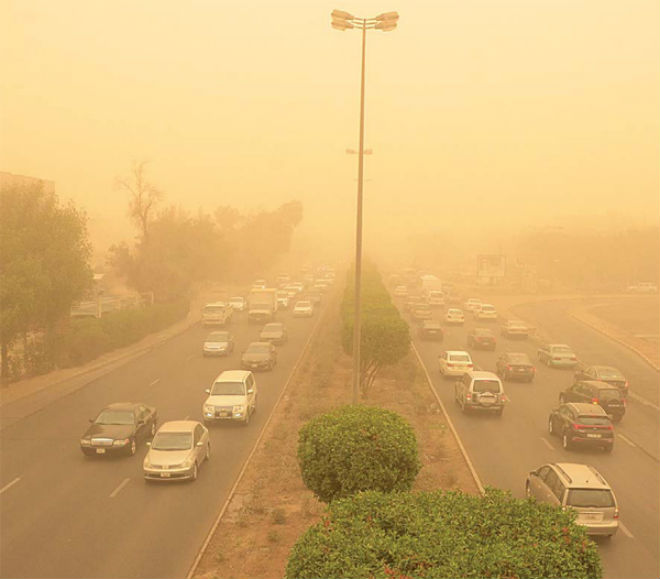 The Arabian Peninsula was covered by a sandstorm. Numerous accidents and difficulties on the roads arose because of poor visibility, especially in Kuwait.

Meanwhile, air traffic at Kuwait’s international airport was normal, despite the fact that a dust storm hit the country, the General Director of Civil Aviation (DGCA) said on Sunday. The level of visibility allowed takeoffs and landings in accordance with the norms of airports.

In Kuwait, there was a low horizontal visibility due to overhanging dust reaching 1,000 meters in some areas subject to winds exceeding 60 km per hour.

Students and schoolchildren who had the disease were released from school. Outdoor activities in schools were suspended. In the sea there were waves about 3-7 feet, the sailors were warned of a possible danger.