A sandstorm rages in Rostov-on-Don and the Stavropol Territory, Russia 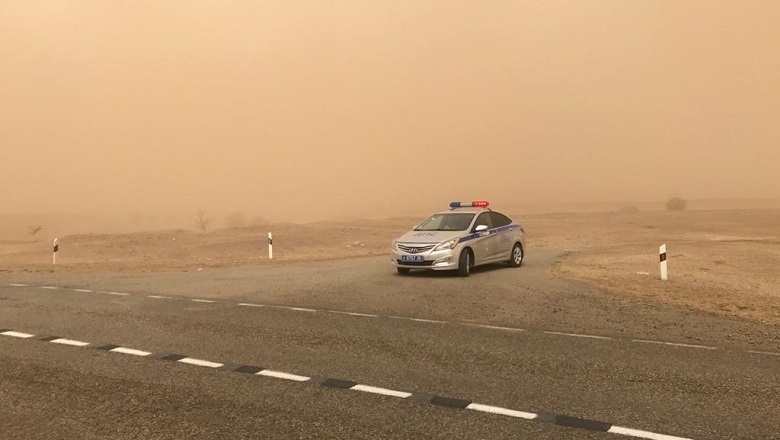 The third day in Rostov-on-Don, a real sandstorm is raging, which reached its peak today on September 30 – the city plunged into a yellow sandy haze.

In the eastern regions of the Stavropol Territory, a dust storm continues to rage for the third day. Clouds of dust and sand covered the territories of the Budennovsky, Neftekumsky, Levokumsky, Turkmen regions.

Motorists are asked to postpone trips to these areas if possible, as visibility on the roads is reduced and there is a danger of being caught in sand drifts.

A sandstorm came to Rostov from Kalmykia and Kazakhstan. This is how the Rostov hydrometeorological center commented on a rare natural phenomenon for these places.

In these territories, vast areas are occupied by deserts. A strong east wind brought the sand from there. And the absence of rains allows the dust cloud that enveloped the Don capital to hold out for several days.