A sinkhole formed in the American city of Hoboken 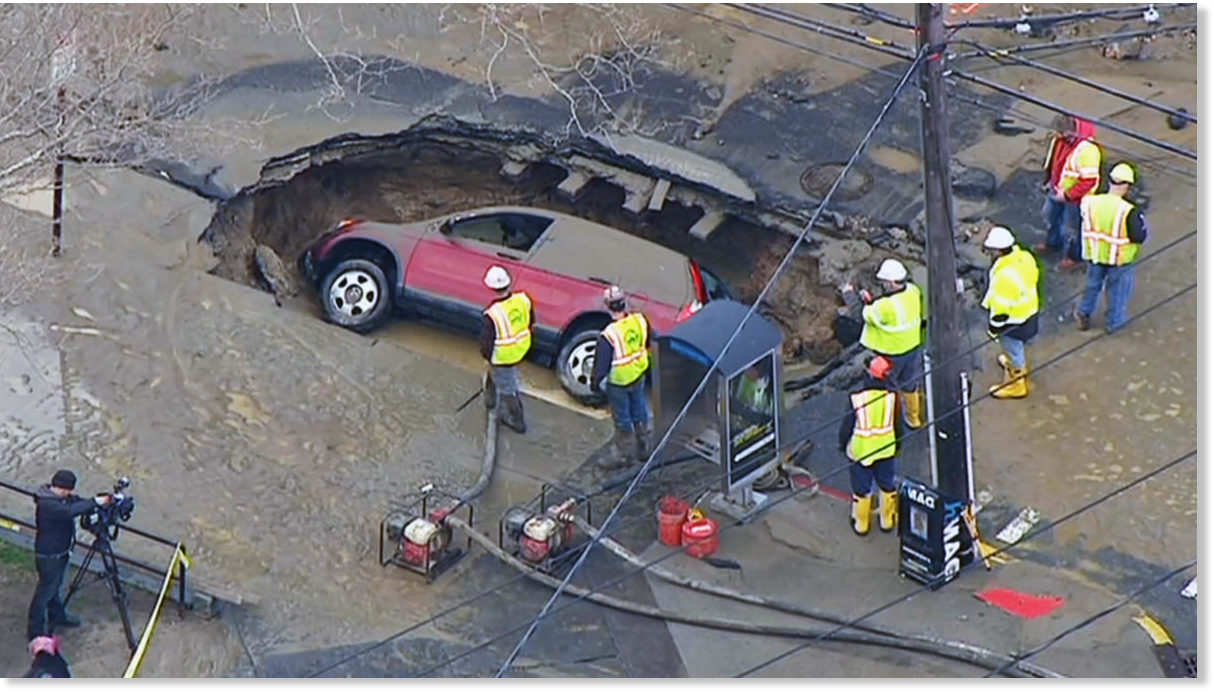 The sinkhole occurred in Hoboken located in state of new Jersey. As a result, in the formed funnel fell on a parked street car

Car traffic on the street was blocked. Police say the victims in the incident no. According to the preliminary version sounded the utilities, the cause of failure could be underground water or burst water pipes laid under the street.