A sinkhole swallowed a car in Ufa, Russia 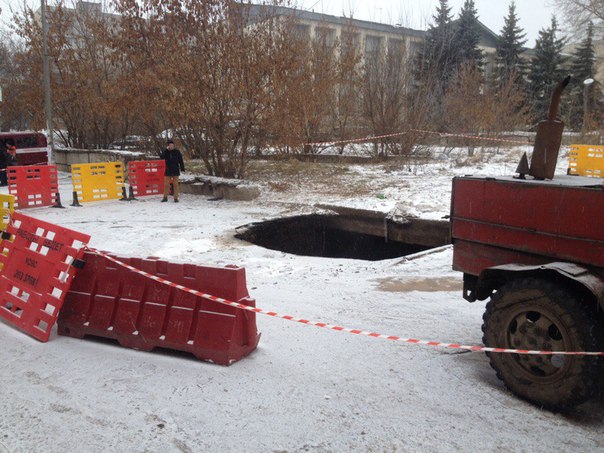 In Ufa, in the district house No. 193/2 on the International street occurred failure of the soil, resulting in the formed hole sunk nearby parked car. Drowned “Lada Kalina” was not able to find.

Rescuers all night pumped water from the pit to a depth of 6 meters, but at the bottom of the car is not found. “Employees “Ufavodokanal” they say that the car was taken away by groundwater, and the failure was formed due to the karst cavities. Under water was almost gone and the other car – VAZ-2109 have been able to pull it off. 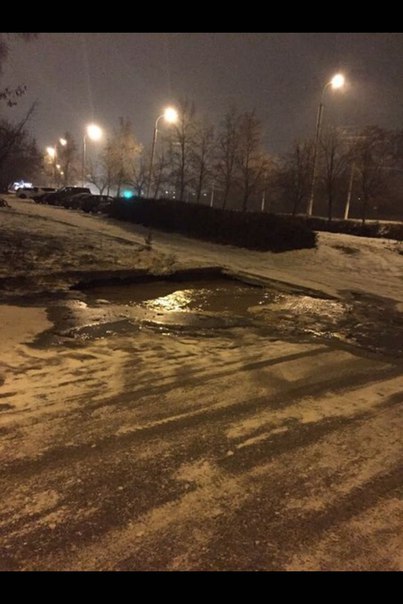 As the main versions of incident are considered karst phenomena, which led to the collapse of the soil and damage to the pipeline. Utilities made a filling failure. Injured and killed there, a threat to the safety of the residents of nearby houses was also not there.