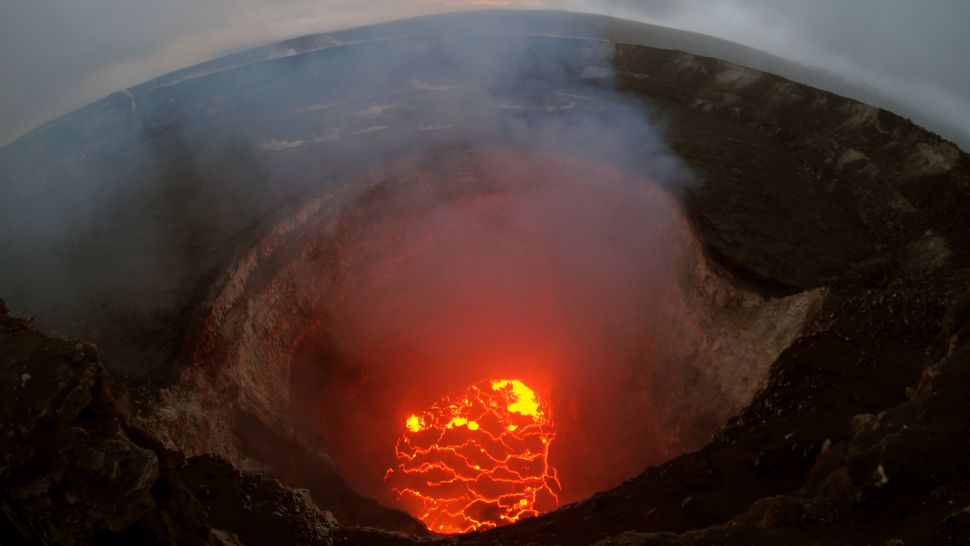 During the Kilauea eruption in Hawaii in 2018, there was an impressive collapse of the volcano caldera, creating a hole of almost the same depth as the one World Trade Center in New York at its peak. New research now shows that this dramatic change was caused only by a small leak of magma from the reservoir under the peak.

The instant and explosive collapse of the caldera, such as the event that formed the Oregon Crater Lake 7,700 years ago, is a more famous phenomenon. But new discoveries suggest that delayed collapse events, such as those that occurred on Kilauea, are significantly different in nature — can occur in volcanoes around the world. In fact, a similar case occurred in the Bardarbung caldera in Iceland between 2014 and 2015.

“What we learned from these two events (Kilauea and Bardarbunga) cannot be many warnings,” says geophysicist Magnus Tumi Gudmundsson, who studied Bardarbunga collapse but was not involved in new Kilauea studies. At first, Gudmundsson says, caldera-collapse eruptions are very similar to typical eruptions. “Then, when the conditions are correct, the magma chamber under the volcano can simply crack, and the magma can flow freely, and the roof of the caldera collapses.”

Kilauea is a wide volcano 1250 meters high, located on the southeast coast of the Big Island of Hawaii. In 1983, he began to erupt lava from his eastern rift zone, an area broken by cracks created by gravity, pulling the entire area down to the sea. This eruption violently ended in May 2018, when the lava lake in the caldera, at the top of the volcano, began to drain, like a bucket with a hole in it. At the same time, the lower part of the Eastern Rift zone came to life with lava fountains and new cracks, one of which spewed a lava river that flowed through residential areas and into the sea. More than 700 houses and other structures were destroyed before the eruption ceased in August 2018.