A solar Eclipse can cause hurricane-force winds on Earth 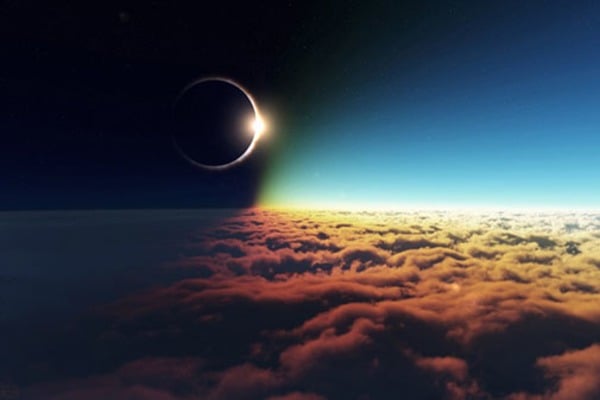 Edmond Halley – the man who discovered the Halley’s comet – reported “Cold and Damp that accompanied the Darkness” (Chill and Damp which attended the Darkness), speaking of cold and wet weather during the solar Eclipse of 1715, “saliva Horror in watching this Eclipse people.

Now we know why. This eerie weather phenomenon that characterized the Halley – and which is also felt by the residents of the United Kingdom (UK) during a private solar Eclipse observed in the past year – is not a figment of the imagination of people, the researchers say.

“Wind Eclipse” represent changes in wind direction caused by a partial blocking of the Sun by the Moon, but to date, scientists have found it difficult to indicate the cause of these changes.

Meteorologists from reading University, UK, found the answer with a large group of 4500 Amateur astronomers from the UK who took part in the experiment National Eclipse Weather Experiment, held during the partial Eclipse, observed on 20 March 2015

To clarify the causes of changes in the direction of the winds that accompany the Eclipse, one of the organizers of this experiment Professor Suzanne gray analyzed data provided by met office UK, and data obtained from weather stations home volunteers who participated in the experiment. The analysis showed that the most likely cause of changes in the directions of the winds at the eclipses is change the “boundary layer” separating between the wind blowing at high altitude, and surface wind. These changes are associated with surface cooling of the Earth during the Eclipse and the decrease in the velocity of circulation of heated surface air in the atmosphere.